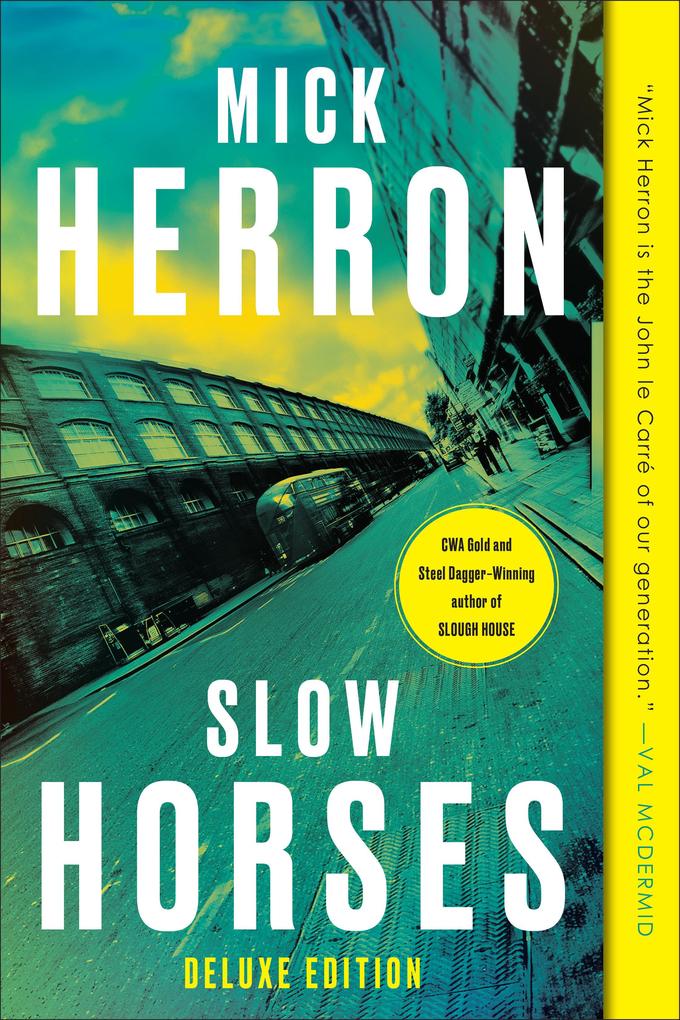 von Mick Herron
Sprache: Englisch.
Taschenbuch
Welcome to the thrilling and unnervingly prescient world of the slow horses. This team of MI5 agents is united by one common bond: They've screwed up royally and will do anything to redeem themselves.

Welcome to the thrilling and unnervingly prescient world of the slow horses. This team of MI5 agents is united by one common bond: They've screwed up royally and will do anything to redeem themselves.

London, England: Slough House is where washed-up MI5 spies go to while away what's left of their failed careers. The "slow horses," as they're called, have all disgraced themselves in some way to get relegated there. Maybe they botched an Op so badly they can't be trusted anymore. Maybe they got in the way of an ambitious colleague and had the rug yanked out from under them. Maybe they just got too dependent on the bottle-not unusual in this line of work. One thing they have in common, though, is they want to be back in the action. And most of them would do anything to get there─even if it means having to collaborate with one another.

When a young man is abducted and his kidnappers threaten to broadcast his beheading live on the Internet, the slow horses see an opportunity to redeem themselves. But is the victim really who he appears to be? This special tenth-anniversary deluxe edition of a modern classic includes a foreword by the author and an exclusive short story featuring the slow horses.

Mick Herron is a British novelist and short story writer who was born in Newcastle and studied English at Oxford. He is the author of six books in the Slough House series (Slow Horses, Dead Lions, Real Tigers, Spook Street, London Rules, and the novella The List) and four Oxford mysteries (Down Cemetery Road, The Last Voice You Hear, Why We Die, and Smoke and Whispers), as well as the standalone novels Reconstruction, Nobody Walks and This Is What Happened. His work has won the CWA Gold Dagger for Best Crime Novel, the Steel Dagger for Best Thriller, and the Ellery Queen Readers Award, and been nominated for the Macavity, Barry, Shamus, and Theakstons Novel of the Year Awards. He currently lives in Oxford and writes full-time.