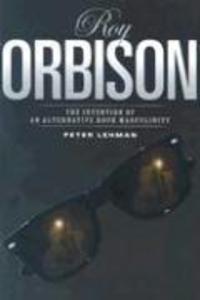 von Peter Lehman
Parental Adviso. Sprache: Englisch.
Taschenbuch
As a devoted fan and insightful scholar, Lehman gives us a fascinating account of "the greatest white singer on the planet, " and a new approach to understanding individual singer/songwriters. Illustrations.

As a devoted fan and insightful scholar, Lehman gives us a fascinating account of "the greatest white singer on the planet, " and a new approach to understanding individual singer/songwriters. Illustrations.

Acknowledgments 1. There Are Many Roy Orbisons 2. Mystery Man: The Evolution of a Dark, Mysterious Persona 3. "Radical Left Turns": The Voice and the Music 4. In (and Out of) Dreams 5. "Crawling Back": The Masochist Aesthetic 6. In David Lynch's Dreams: Roy Orbison at the Movies 7. "The Finest White Pop Singer on the Planet": "Oh, Pretty Woman," 2 Live Crew, and Discourses of Race 8. Beyond the End: Roy Orbison's Posthumous Career and Legacy Appendix: Analysis of Songs and Recordings Notes Works Cited Song Acknowledgments Index

Peter Lehman is Director of the Interdisciplinary Humanities Program at Arizona State University. He is the author of Running Scared: Masculinity and the Representation of the Male Body (Temple), and the editor of Masculinity Bodies/Movies/Culture.

"This book offers a fascinating study of Roy Orbison (1936-1988) as both an auteur and a valuable model for the study of popular culture artists...Lehman generally displays virtuosic interpretative skills...[his] book offers an excellent model for writing about popular culture artists. Avoiding the pitfall of a fan's obsessive recounting of biographical and recording trivia, he conveys an admirer's enthusiasm and a humanist's interpretative skills in lively and clear prose." Men and Masculinities "a bravura analysis of Roy Orbison's 'persona'...smart, provocative, eminently readable" American Studies "Peter Lehman's Roy Orbison probes the mind and psyche of American pop music's mystery man better than anything I've ever read. By exploring the depths of Roy Orbison's talents and tracking a remarkable but uncharacteristic career path, Lehman instills new passion for the man's music. Yet we are left in awe by this dark and obsessive artist whose humble beginnings belie his creative genius. To borrow a time-worn cliche, there will never be another Roy Orbison--and there may well never be another book as penetrating and revealing as this." --Terry Lickona, Producer, Austin City Limits "In what is essentially an extension and expansion of his Running Scared: Masculinity and the Representation of the Male Body, Lehman here dissects Orbison, his 1957-87 oeuvre, and his influence in exacting--and often excruciating--detail. Caveat: this is not a biography of Orbison per se. Instead, using the language and the tools of poststructuralism, Lehman proffers an analysis of Orbison's locus within the black/white, effeminate/macho, rock/pop dialectics that are so often (and perhaps too readily) used to define popular singers of the late Fifties and early Sixties--a locus, which Lehman fails to note, shared with the equally popular and influential Buddy Holly. " --Bill Piekarski, Lackawanna, NY, Library Journal "Lehman sheds new light on Orbison's elusive character...this is a skillfully written book dealing with Orbison's darker, masochistic side." --Record Collector Magazine, 4-star (out of 5) review

Taschenbuch
I Wanna Be Me: Rock Music and the…
von Theodore Gracyk