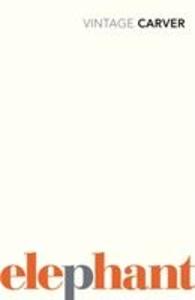 These seven stories were the last that Carver wrote. Among them is one of his longest, 'Errand', in which he imagines the death of Chekhov, a writer Carver hugely admired and to whose work his own was often compared. This fine story suggests that the greatest of modern short-story writers may, in the year before his untimely death, have been flexing his muscles for a longer work.

Raymond Carver was born in Clatskanie, Oregon, in 1938. His father was a saw-mill worker and his mother was a waitress and clerk. He married early and for years writing had to come second to earning a living for his young family. Despite, small-press publication, it was not until Will You Please Be Quiet Please? appeared in 1976 that his work began to reach a wider audience. This was the year in which he gave up alcohol, which had contributed to the collapse of his marriage. In 1977 he met the writer Tess Gallagher, with whom he shared the last eleven years of his life. During this prolific period he wrote three collections of stories, What We Talk About When We Talk About Love, Cathedral and Elephant. Fires, a collection of essays, poems and stories, appeared in 1985, followed by three further collections of poetry. In 1988 he completed the poetry collection A New Path to the Waterfall.