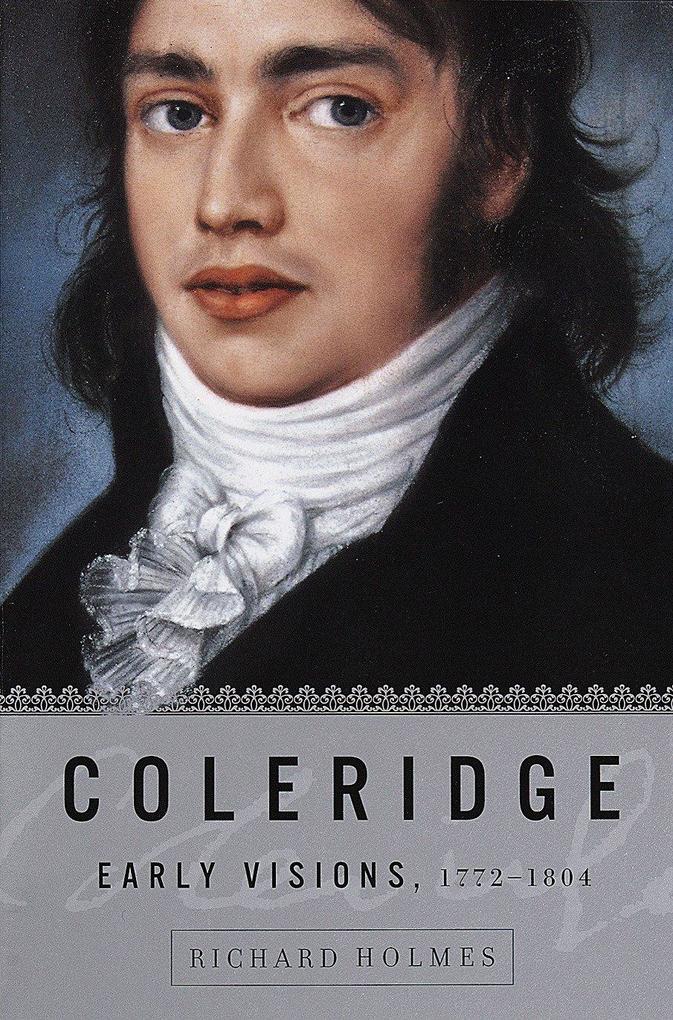 von Richard Holmes
Pantheon. Sprache: Englisch.
Taschenbuch
Winner of the 1989 Whitbread Prize for Book of the Year, this is the first volume of Holmes's seminal two-part examination of Samuel Taylor Coleridge, one of Britain's greatest poets.

Winner of the 1989 Whitbread Prize for Book of the Year, this is the first volume of Holmes's seminal two-part examination of Samuel Taylor Coleridge, one of Britain's greatest poets.

Coleridge: Early Visions is the first part of Holmes's classic biography of Coleridge that forever transformed our view of the poet of 'Kubla Khan' and his place in the Romantic Movement. Dismissed by much recent scholarship as an opium addict, plagiarist, political apostate and mystic charlatan, Richard Holmes's Coleridge leaps out of the page as a brilliant, animated and endlessly provoking figure who invades the imagination. This is an act of biographical recreation which brings back to life Coleridge's poetry and encyclopaedic thought, his creative energy and physical presence. He is vivid and unexpected. Holmes draws the reader into the labyrinthine complications of his subject's personality and literary power, and faces us with profound questions about the nature of creativity, the relations between sexuality and friendship, the shifting grounds of political and religious belief.

RICHARD HOLMES is the author of The Age of Wonder, which won the Royal Society Prize for Science Books and the National Book Critics Circle Award, was short-listed for the Samuel Johnson Prize for Non-Fiction, and was one of The New York Times Book Review's Best Books of the Year in 2009. His other books include Falling Upwards, Footsteps, Sidetracks, Shelley: The Pursuit (winner of the Somerset Maugham Prize), Coleridge: Early Visions (winner of the 1989 Whitbread Book of the Year Award), Coleridge: Darker Reflections (an NBCC finalist), and Dr. Johnson & Mr. Savage (winner of the James Tait Blake Prize). Holmes is an Honorary Fellow of Churchill College, Cambridge, and was awarded the OBE in 1992. He lives in Great Britain.