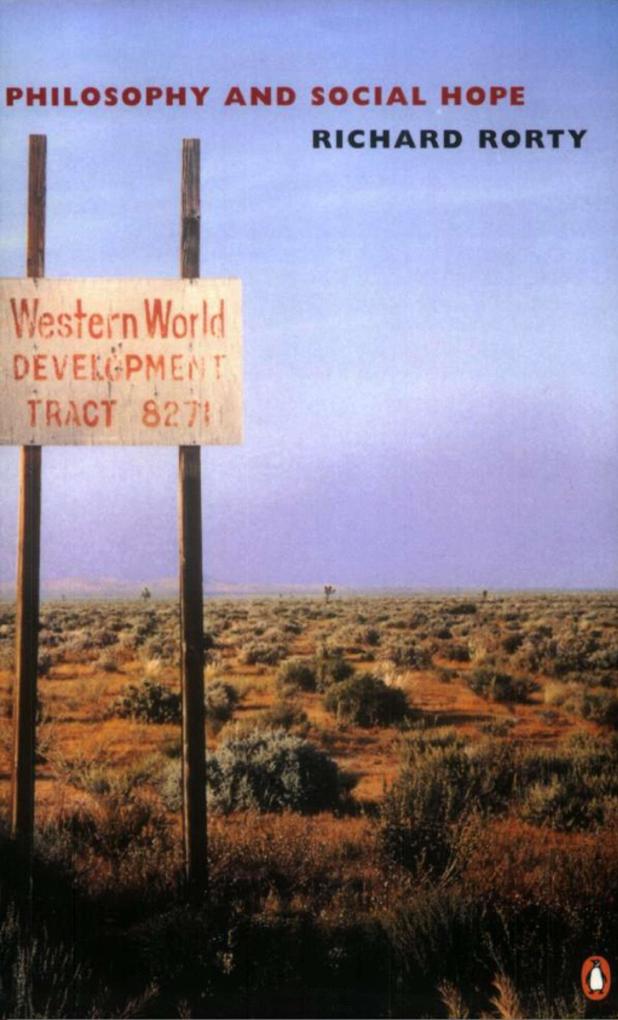 Since Plato most philosophy has aimed at true knowledge, penetrating beneath appearances to an underlying reality. Against this tradition, Richard Rorty convincingly argues, pragmatism offers a new philosophy of hope. One of the most controversial figures in recent philosophical and wider literary and cultural debate, Rorty brings together an original collection of his most recent philosophical and cultural writings. He explains in a fascinating memoir how he began to move away from Plato towards William James and Dewey, culminating in his own version of pragmatism. What ultimately matters, Rorty suggests, is not whether our ideas correspond to some fundamental reality but whether they help us carry out practical tasks and create a fairer and more democratic society.Aimed at a general audience, this volume offers a stimulating summary of Rorty's central philosophical beliefs, as well as some challenging insights into contemporary culture, justice, education, and love.

Part 1 Autobiographical: Trotsky and the wild orchids. Part 2 Hope in place of knowledge - a version of pragmatism: truth without correspondence to reality; a world without substances or essences; ethics without principles. Part 3 Some applications of pragmatism: the banality of pragmatism and the poetry of justice; pragmatism and law - a response to David Luban; education as socialization and as individualization; the humanistic intellectual - eleven theses; the pragmatist's progress - Umberto Eco on interpretation; religious faith, intellectual responsibility and romance; religion as conversation-stopper; Thomas Kuhn, rocks and the laws of physics; on Hiedegger's Nazism. Part 4 Politics: failed prophecies, glorious hopes; a spectre is haunting the intellectuals - Derrida on Marx; love and money; globalization, the politics and identity and social hope. Part 5 Contemporary America: looking backwards from the year 2096; the unpatriotic academy; back to class politics.

Richard Rorty is Professor of Comparative Literature at Stanford University. He is the author of PHILSOPHY AND THE MIRROR OF NATURE, CONTINGENCY, IRONY AND SOLIDARITY, and ACHIEVING OUR COUNTRY.