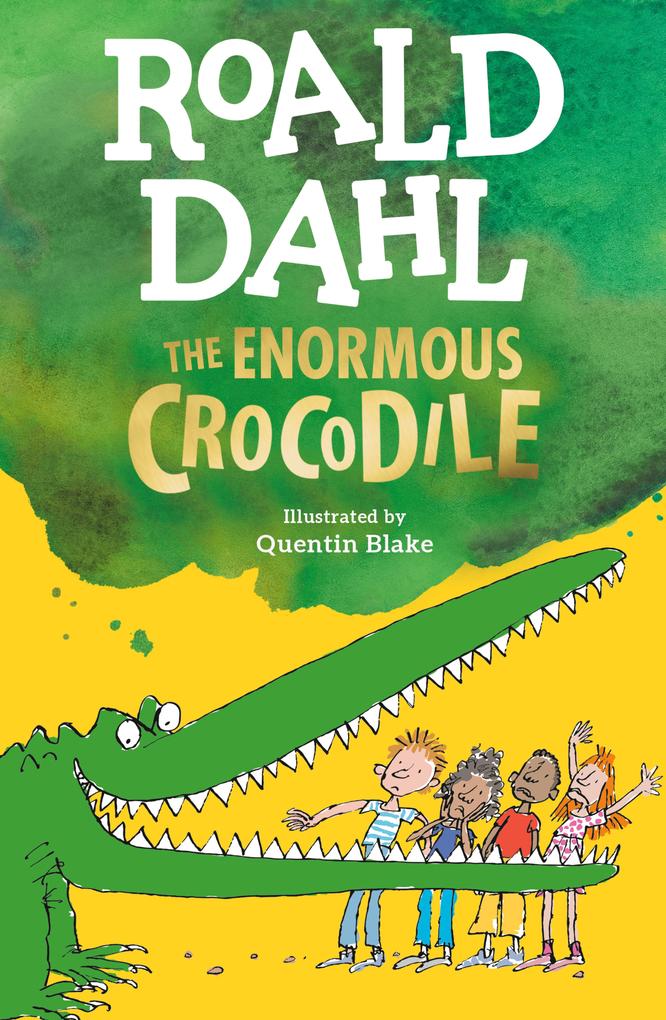 The Enormous Crocodile is incredibly hungry-and incredibly greedy. His favorite meal is a plump, juicy little child, and he intends to gobb … weiterlesen

From the bestselling author of Charlie and the Chocolate Factory and The BFG, featuring a full-color interior!

The Enormous Crocodile is incredibly hungry-and incredibly greedy. His favorite meal is a plump, juicy little child, and he intends to gobble up as many of them as he can! His is sure that his "secret plans and clever tricks" cannot be foiled. But when the other animals in the jungle join together to put an end to his wicked schemes, the Enormous Crocodile learns a lesson he won't soon forget.

Roald Dahl (1916-1990) was born in Wales of Norwegian parents. He spent his childhood in England and, at age eighteen, went to work for the Shell Oil Company in Africa. When World War II broke out, he joined the Royal Air Force and became a fighter pilot. At the age of twenty-six he moved to Washington, D.C., and it was there he began to write. His first short story, which recounted his adventures in the war, was bought by The Saturday Evening Post, and so began a long and illustrious career.

After establishing himself as a writer for adults, Roald Dahl began writing children's stories in 1960 while living in England with his family. His first stories were written as entertainment for his own children, to whom many of his books are dedicated.

Roald Dahl is now considered one of the most beloved storytellers of our time. Although he passed away in 1990, his popularity continues to increase as his fantastic novels, including James and the Giant Peach, Matilda, The BFG, and Charlie and the Chocolate Factory, delight an ever-growing legion of fans.