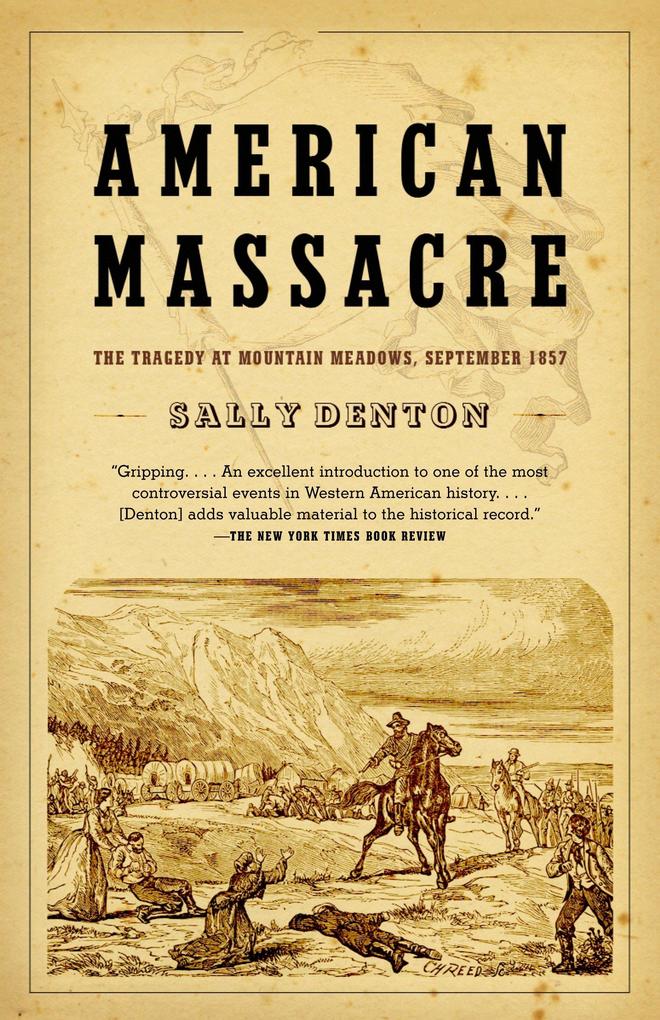 von Sally Denton
Vintage Books. Sprache: Englisch.
Taschenbuch
In September 1857, a wagon train passing through Utah laden with gold was attacked. Approximately 140 people were slaughtered; only 17 children under the age of eight were spared. This incident in an open field called Mountain Meadows has ever since … weiterlesen
Dieser Artikel ist auch verfügbar als:
Geschenk per Mail versenden
Taschenbuch

In September 1857, a wagon train passing through Utah laden with gold was attacked. Approximately 140 people were slaughtered; only 17 children under the age of eight were spared. This incident in an open field called Mountain Meadows has ever since been the focus of passionate debate: Is it possible that official Mormon dignitaries were responsible for the massacre? In her riveting book, Sally Denton makes a fiercely convincing argument that they were.

The author-herself of Mormon descent-first traces the extraordinary emergence of the Mormons and the little-known nineteenth-century intrigues and tensions between their leaders and the U.S. government, fueled by the Mormons' zealotry and exclusionary practices. We see how by 1857 they were unique as a religious group in ruling an entire American territory, Utah, and commanding their own exclusive government and army.

Denton makes clear that in the immediate aftermath of the massacre, the church began placing the blame on a discredited Mormon, John D. Lee, and on various Native Americans. She cites contemporaneous records and newly discovered documents to support her argument that, in fact, the Mormon leader, Brigham Young, bore significant responsibility-that Young, impelled by the church's financial crises, facing increasingly intense scrutiny and condemnation by the federal government, incited the crime by both word and deed.

Finally, Denton explains how the rapidly expanding and enormously rich Mormon church of today still struggles to absolve itself of responsibility for what may well be an act of religious fanaticism unparalleled in the annals of American history. American Massacre is totally absorbing in its narrative as it brings to life a tragic moment in our history.

Sally Denton has been an award-winning investigative reporter in both print and television, having written for the New York Times, the Washington Post, and the Chicago Tribune. She is the author of The Bluegrass Conspiracy: An Inside Story of Power, Greed, Drugs, and Murder, and, with Roger Morris, The Money and the Power: The Making of Las Vegas and Its Hold on America, 1947—2000. She lives in the Southwest with her three sons.