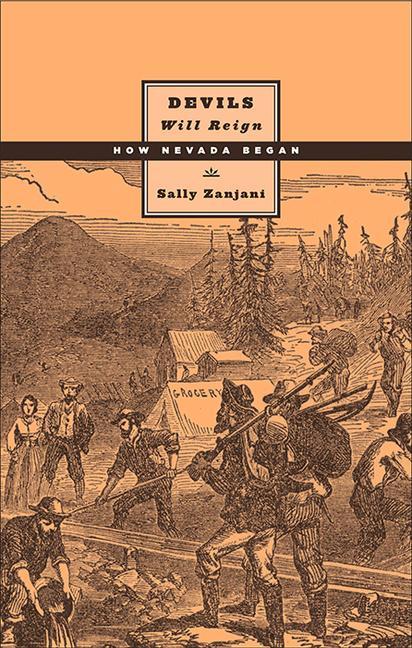 Devils Will Reign: How Nevada Began

von Sally Zanjani
Sprache: Englisch.
Taschenbuch
Devils Will Reign, available now for the first time in paperback, recounts the momentous early history of Nevada before it became a state in 1864. Sally Zanjani weaves the exciting saga of this rowdy frontier and its colorful characters into the larg … weiterlesen
Geschenk per Mail versenden
Jetzt nur

Devils Will Reign, available now for the first time in paperback, recounts the momentous early history of Nevada before it became a state in 1864. Sally Zanjani weaves the exciting saga of this rowdy frontier and its colorful characters into the larger story of those eventful years--the discovery of gold in California and silver in the Nevada Territory; the debate over slavery and the Civil War that made the fate of the Far West a matter of congressional concern; and the Mormon establishment in Utah that prompted national suspicion of the sect's ambitions for an inland empire. In this turbulent climate, the remote, sparsely populated region on the eastern slope of the Sierra Nevada acquired remarkable importance.

Sally Zanjani is a faculty member of the Department of Political Science at the University of Nevada, Reno. She is a former president of the Mining History Association and the author of eight books on the history of Nevada and the West, including The Glory Days of Goldfield, Nevada (University of Nevada Press) and a biography of Sarah Winnemucca.

"In her latest book, Zanjani... displays her extensive knowledge of the region and exceptional gifts as a writer that make her work a pleasure to read. To this she imparts an intuitive understanding of the colorful characters, Mormons and miners alike, who lived in western Nevada before it became a territory.... This new book from the University of Nevada Press is informed and interesting, splendidly written and enjoyable to read." - David L. Bigler, Utah Historical Quarterly "Nevada's is perhaps the most distinctive frontier story in the American West. Sally Zanjani writes a colorful account of Nevada's gaining of territorial status in the period leading up to and including the Civil War.... She emphasizes the role of individual adventurers, miners, political opportunists, Indians, and a host of unique characters who fought against Mormon dominance even as they rejected how 'tame' the California frontier had quickly become.... The tension between the desire for individual freedom and the need for societal structure is evident throughout this book that, although well documented, contains all the elements of great legend and myth." - James M. Cook, Journal of the West"

Taschenbuch
More Peoples of Las Vegas: One City, Many…