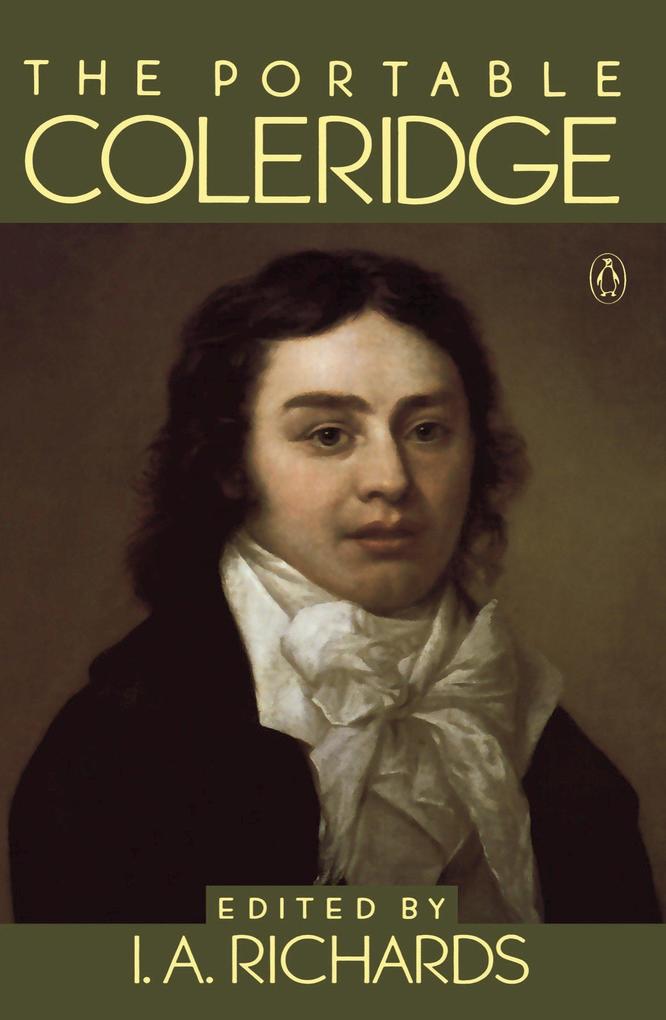 Chronically impoverished, tormented by self-doubt and a crippling addiction to opium, Samuel Taylor Coleridge (1772-1834) still managed to become one of the most versatile and influential forces of English romanticism.The Portable Coleridge faithfully represents all facets of this complex, haunted genius, including his poems, "The Rime of the Ancient Mariner," "Christabel," "Kubla Khan," and "Dejection"; letters to friends and colleagues such as Robert Southey and William Godwin; selections from Notebooks and Table Talk; political and philisophical writings; literary criticism; and extensive excerpts from Biographia Literaria, in which Coleridge interweaves aesthetics, metaphysics, and disarmingly candid autobiography. Edited and with an introduction by the critic I.A. Richards, this voulme vastly expands our understanding of a writer of visionary insight and protean range.

Samuel Taylor Coleridge (1772-1834) was an English poet, philosopher, and literary critic. Born in Ottery St Mary, Coleridge was educated at Christ's Hospital School, London, where he began his friendship with Charles Lamb and began writing his first sonnets, and Jesus College, Cambridge. With his friend William Wordsworth, Coleridge founded the romantic movement and became a member of the Lake Poets. In 1798 they cowrote Lyrical Ballads, a landmark collection of poems that marked the beginning of romanticism in English literature. The collection includes his greatest poem, The Rime of the Ancient Mariner.

I. A. Richards (1893-1979) was a British scholar, literary critic, and poet. His works, including The Meaning of Meaning, Principles of Literary Criticism, Practical Criticism, and The Philosophy of Rhetoric, laid the foundation of New Criticism.