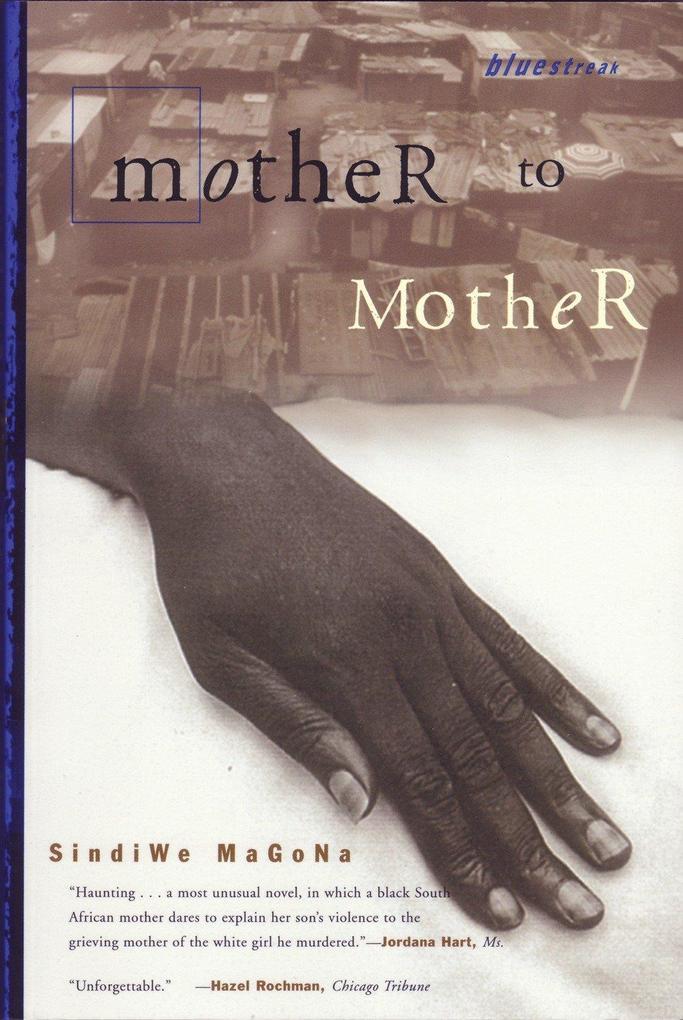 Sindiwe Magona's novel Mother to Mother explores the South African legacy of apartheid through the lens of a woman who remembers a life marked by oppression and injustice. Magona decided to write this novel when she discovered that Fulbright Scholar Amy Biehl, who had been killed while working to organize the nation's first ever democratic elections in 1993, died just a few yards away from her own permanent residence in Guguletu, Capetown. She then learned that one of the boys held responsible for the killing was in fact her neighbor's son. Magona began to imagine how easily it might have been her own son caught up in the wave of violence that day. The book is based on this real-life incident, and takes the form of an epistle to Amy Biehl's mother. The murderer's mother, Mandisi, writes about her life, the life of her child, and the colonized society that not only allowed, but perpetuated violence against women and impoverished black South Africans under the reign of apartheid. The result is not an apology for the murder, but a beautifully written exploration of the society that bred such violence.

After leaving the black township of Guguletu, South Africa, Sindiwe Magona earned her master's degree at Columbia University. She currently lives in New York, where she works at the United Nations. She has contributed to The New York Times and her work has been anthologized in Under African Skies.

"Haunting . . . a most unusual novel, in which a black South African mother dares to explain her son's violence to the grieving mother of the white girl he murdered." --Jordana Hart, Ms.

"Mother to Mother is a stunning novel; Magona has succeeded in her grand ambition to write a story of healing and confrontation. She has written a graceful, terrible story; it is an eloquent indictment of Apartheid and a passionate lament over the loss of Amy Biehl's life." --Angela Salas, The Boston Book Review

"As a lament for the terrible legacy of apartheid, the novel is surely a tour de force. As a story of individuals attempting to deal with choices made and perhaps regretted, it is a moving work of fiction." --Lee Milazzo, Dallas Morning News

"Gripping. . . . Points to a redemptive hope for those who can come together for healing, even when they have been bound together by sorrow. The writer's own courage in writing this novel is evidence of an increasingly powerful literary voice for [her] nation." --Heather Hewett, The Washington Post Book World
Kunden, die diesen Artikel gekauft haben, kauften auch
Schreiben Sie eine Rezension