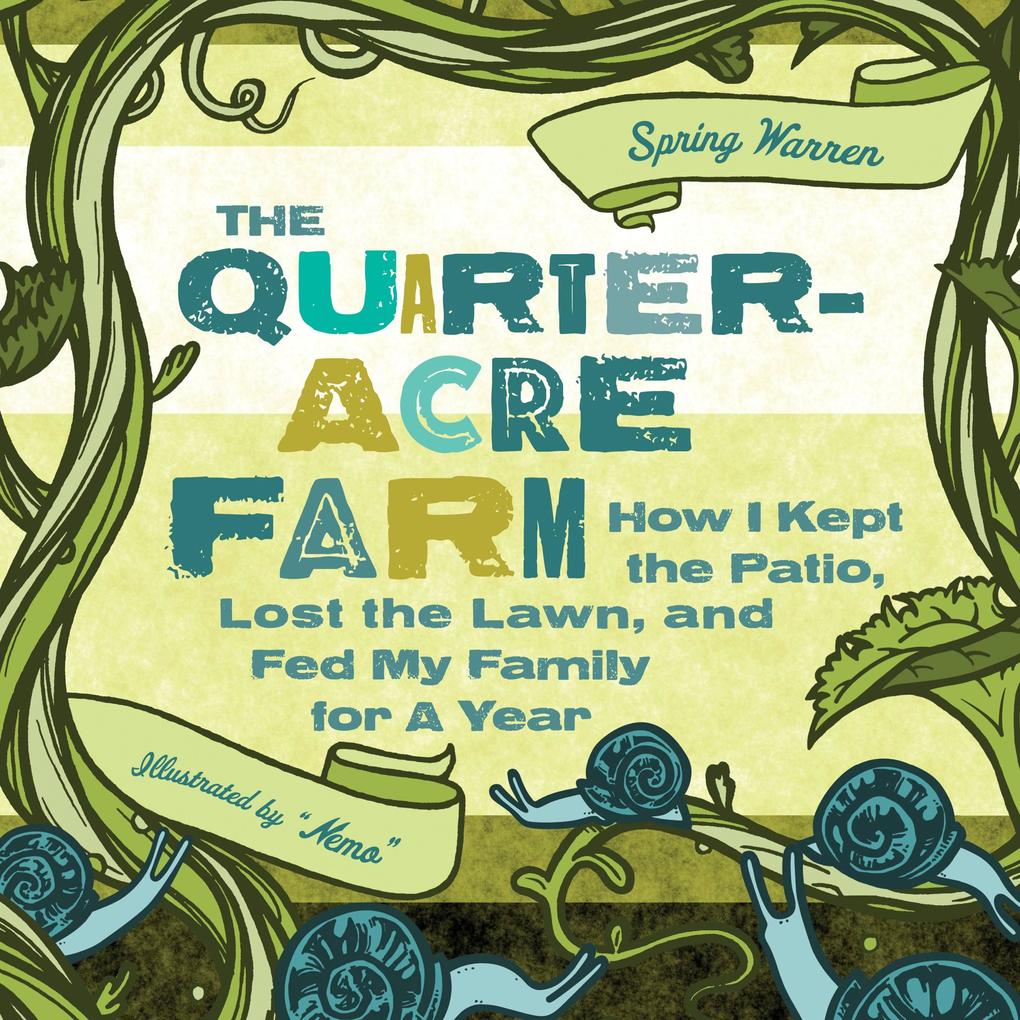 The Quarter-Acre Farm: How I Kept the Patio, Lost the Lawn, and Fed My Family for a Year

von Spring Warren
Sprache: Englisch.
Taschenbuch
When Spring Warren told her husband and two teenage boys that she wanted to grow 75 percent of all the food they consumed for one year,and that she wanted to do it in their yard,they told her she was crazy.She did it anyway. The Quarter-Acre Farm is … weiterlesen
Dieser Artikel ist auch verfügbar als:
Geschenk per Mail versenden
Taschenbuch

Titel: The Quarter-Acre Farm: How I Kept the Patio, Lost the Lawn, and Fed My Family for a Year
Autor/en: Spring Warren

When Spring Warren told her husband and two teenage boys that she wanted to grow 75 percent of all the food they consumed for one year,and that she wanted to do it in their yard,they told her she was crazy.She did it anyway. The Quarter-Acre Farm is Warren's account of deciding,despite all resistance,to take control of her family's food choices, get her hands dirty, and create a garden in her suburban yard. It's a story of bugs, worms, rot, and failure of learning, replanting, harvesting, and eating. The road is long and riddled with mistakes, but by the end of her yearlong experiment, Warren's sons and husband have become her biggest fans,in fact, they're even eager to help harvest (and eat) the beautiful bounty she brings in. Full of tips and recipes to help anyone interested in growing and preparing at least a small part of their diet at home, The Quarter-Acre Farm is a warm, witty tale about family, food, and the incredible gratification that accompanies self-sufficiency.

Spring Warren is the author of the novel "Turpentine, " a bronze medalist for the 2007 "ForeWord Magazine" Book of the Year Award and a "San Francisco Chronicle" Notable Book of 2007. Warren comes from Wyoming, where here family has lived since 1870. A true gal of the American West, she grew up in Casper and at a ranch in the Black Hills that her parents still own. She's been a schoolteacher (children bring cow testicles to school for show and tell in Wyoming), raised pigs, killed rattlesnakes, hunted, and fished. When she moved toward writing, she was a working as a short order cook, selling worms and maple bars to campers, and teaching swimming lessons in the shadow of Devil's Tower, and was living in a trailer where she washed clothes in a wringer washer and dried them by the heat of the wood stove. Warren now lives in Davis, California, an educational hub of the agricultural world, in the Central Valley, the world's most productive agricultural region.

"Finally, a book about local eating that doesn't make me feel bad about myself! Warren entirely avoids the genre's stinky mire of holier than thou preaching, and instead tells the honest and informative story of her edible experiment. The recipes following each chapter are tasty, and the illustrations are stunningly beautiful."
--Novella Carpenter, author of "Farm City: The Education of an Urban Farmer"
"Reading Spring Warren's book is like chatting with a good friend over coffee as she relates her garden adventures (some hilarious) and muses on the meaning of almost everything. This is an instructive, useful book, based on sound garden experience and in-depth research, and it's an intimate tale of one woman's relationship to food and family."
--Georgeanne Brennan, author of "Potager: Fresh Garden Cooking in the French Style" and "A Pig in Provence"
"Spring Warren's memoir of a year feeding her family from her suburban garden resonates with the American dream of self-sufficiency--what she comes to know of growing food is impressive, the recipes superb--and it is beautifully written, enlightening, and very funny."
--John Lescroart, "New York Times" best-selling author
"A wise and tender-hearted book that will teach you as much about life as it will about gardening."
--Thrity Umrigar, best-selling author of "The Space Between Us" and "The Weight of Heaven"

Schreiben Sie eine Bewertung für: The Quarter-Acre Farm: How I Kept the Patio, Lost the Lawn, and Fed My Family for a Year