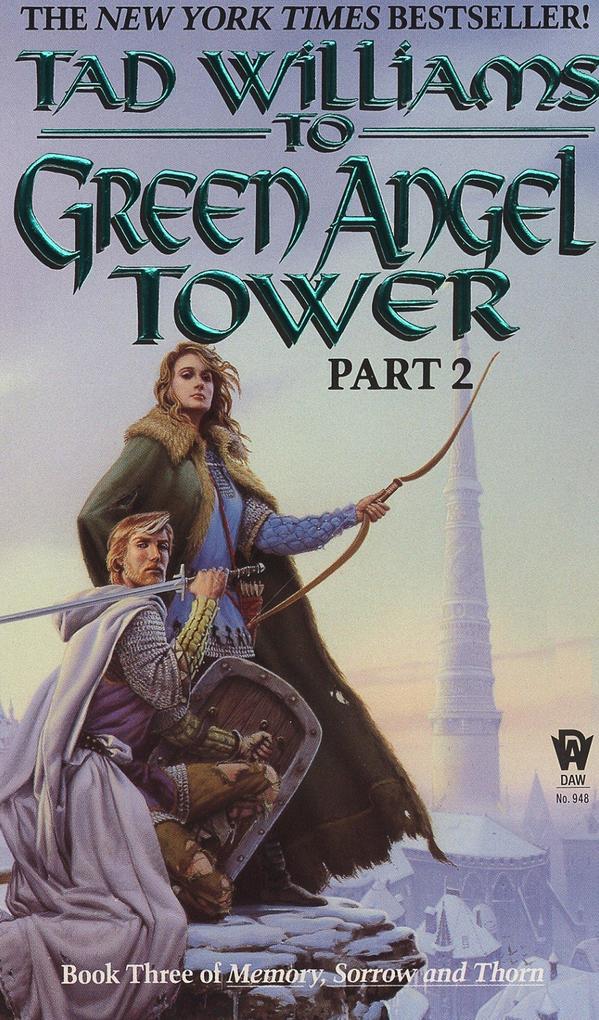 New York Times-bestselling Tad Williams' landmark epic fantasy saga of Osten Ard begins an exciting new cycle! "One of my favorite fantasy series." -George R. R. Martin • "Groundbreaking." -Patrick Rothfuss • "One of the great fantasy epics of all time." -Christopher Paolini Tad Williams introduced readers to the incredible fantasy world of Osten Ard in his internationally bestselling series Memory, Sorrow, and Thorn. The trilogy inspired a generation of modern fantasy writers, including George R.R. Martin, Patrick Rothfuss, and Christopher Paolini, and defined Tad Williams as one of the most important fantasy writers of our time. BOOK THREE: TO GREEN ANGEL TOWER: PART II The evil minions of the undead Sithi Storm King are beginning their final preparations for the kingdom-shattering culmination of their dark sorceries, drawing King Elias ever deeper into their nightmarish, spell-spun world. As the Storm King's power grows and the boundaries of time begin to blur, the loyal allies of Prince Josua struggle to rally their forces at the Stone of Farewell. There, too, Simon and the surviving members of the League of the Scroll have gathered for a desperate attempt to unravel mysteries from the forgotten past. For if the League can reclaim these age-old secrets of magic long-buried beneath the dusts of time, they may be able to reveal to Josua and his army the only means of striking down the unslayable foe.... After the landmark Memory, Sorrow, and Thorn trilogy, the epic saga of Osten Ard continues with the brand-new novel, The Heart of What Was Lost. Then don't miss the upcoming trilogy, The Last King of Osten Ard, beginning with The Witchwood Crown! Praise for Osten Ard: "Inspired me to write my own seven-book trilogy.... It's one of my favorite fantasy series." -George R. R. Martin, New York Times-bestselling author of The Game of Thrones "Groundbreaking...changed how people thought of the genre, and paved the way for so much modern fantasy. Including mine." -Patrick Rothfuss, New York Times-bestselling author of The Name of the Wind "Memory, Sorrow, and Thorn is one of the great fantasy epics of all time." -Christopher Paolini, New York Times-bestselling author of Eragon

Tad Williams is a California-based fantasy superstar. His genre-creating (and genre-busting) books have sold tens of millions worldwide. His considerable output of epic fantasy and epic science fiction series, fantastical stories of all kinds, urban fantasy novels, comics, scripts, etc., have strongly influenced a generation of writers. Tad always has several secret projects on the go. 2016 will see the debut of a number of them; March 2017 brings The Witchwood Crown, the first volume in the long-awaited return to the world of the Memory, Sorrow & Thorn novels. Tad and his family live in the Santa Cruz mountains in a suitably strange and beautiful house.