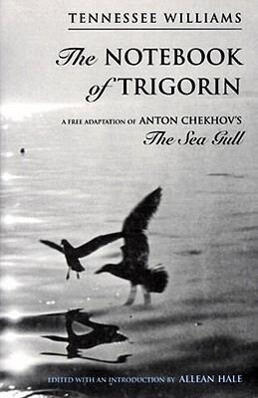 The Notebook of Trigorin: A Free Adaptation of Chechkov's the Sea Gull

Titel: The Notebook of Trigorin: A Free Adaptation of Chechkov's the Sea Gull
Autor/en: Tennessee Williams

From the master twentieth-century playwright Tennessee Williams-an adaptation of Chekhov's The Sea Gull, never before available to the general trade. The Notebook of Trigorin is faithful to Chekhov's story of longing and unrequited love. Set on a provincial Russian Estate, its peaceful environs offer stark contrast to the turbulent lives of its characters. Constantine, a young writer, must compete for the attention of his mother, a self-obsessed, often comical aging actress, Madame Arkadina, and his romantic ideal, Nina. His rival for both women is Trigorin, an established author bound to Arkadina by her patronage of his work, and attracted to Nina by her beauty. Trigorin cannot keep himself from consuming everything of value in Constantine's life. Only in the final scenes do all discover that the price for love and fragility can be horribly high. But if the words in The Notebook of Trigorin are essentially Chekhov's, the voice belongs firmly to Tennessee Williams. The dialogue resonates with echoes of the themes Williams developed as his signatures-compassion for the artistic soul and its vulnerability in the face of the world's "successfully practiced duplicity" (Act I).

Tennessee Williams (1911-1983) is the acclaimed author of many books of letters, short stories, poems, essays, and a large collection of plays, including The Glass Menagerie, A Streetcar Named Desire, Camino Real, Cat on a Hot Tin Roof, Orpheus Descending, The Night of the Iguana, and The Rose Tattoo.