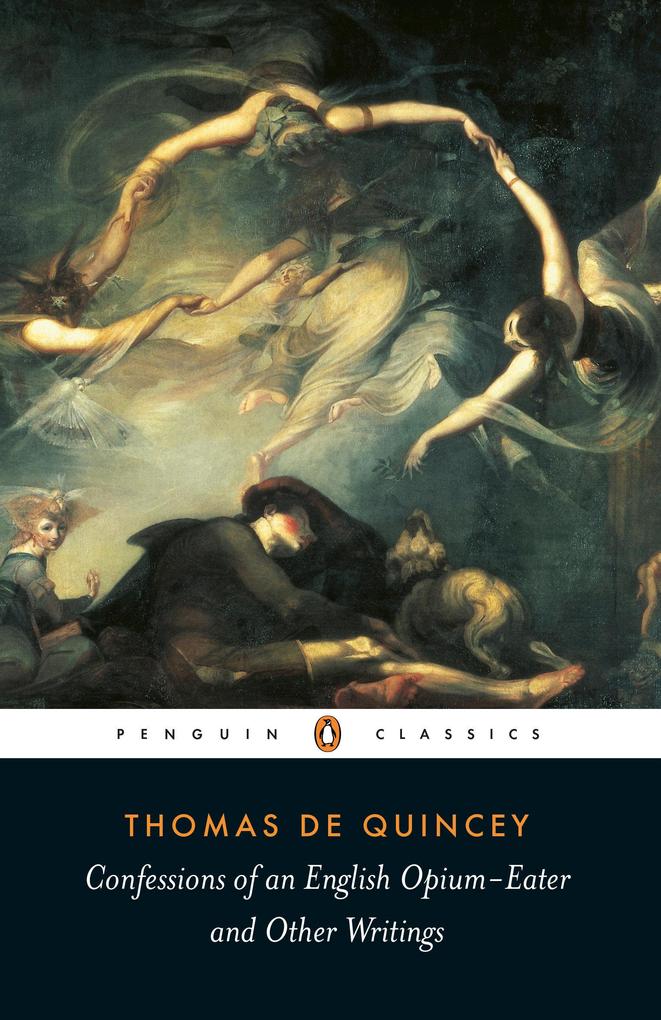 Confessions of an English Opium Eater

In this remarkable autobiography, Thomas De Quincey hauntingly describes the surreal visions and hallucinatory nocturnal wanderings he took through London-and the nightmares, despair, and paranoia to which he became prey-under the influence of the then-legal painkiller laudanum. Forging a link between artistic self-expression and addiction, Confessions of an English Opium-Eater and Other Writings seamlessly weaves the effects of drugs and the nature of dreams, memory, and imagination. First published in 1821, it paved the way for later generations of literary drug users, from Baudelaire to Burroughs, and anticipated psychoanalysis with its insights into the subconscious.

This edition is based on the original serial version of 1821, and reproduces two "sequels": Suspiria de Profundis (1845) and The English Mail-Coach (1849). It also includes a critical introduction discussing the romantic figure of the addict and the tradition of confessional literature, and an appendix on opium in the nineteenth century.

For more than seventy years, Penguin has been the leading publisher of classic literature in the English-speaking world. With more than 1,800 titles, Penguin Classics represents a global bookshelf of the best works throughout history and across genres and disciplines. Readers trust the series to provide authoritative texts enhanced by introductions and notes by distinguished scholars and contemporary authors, as well as up-to-date translations by award-winning translators.

Thomas De Quincey (1785-1859) studied at Oxford, failing to take his degree but discovering opium. He later met Coleridge, Southey and the Wordsworths. From 1828 until his death he lived in Edinburgh and made his living from journalism. Barry Milligan is Professor of English at Wright State University and author of Pleasures and Pains (Virginia UP, 1995).

"Mind-blowingly modern . . . [De Quincey's] poetic depictions of the wild hallucinations that punctuated his years with the drug transfixed his contemporaries. To us, though, his story is revelatory mostly for its eerie familiarity." -The New York Times Book Review