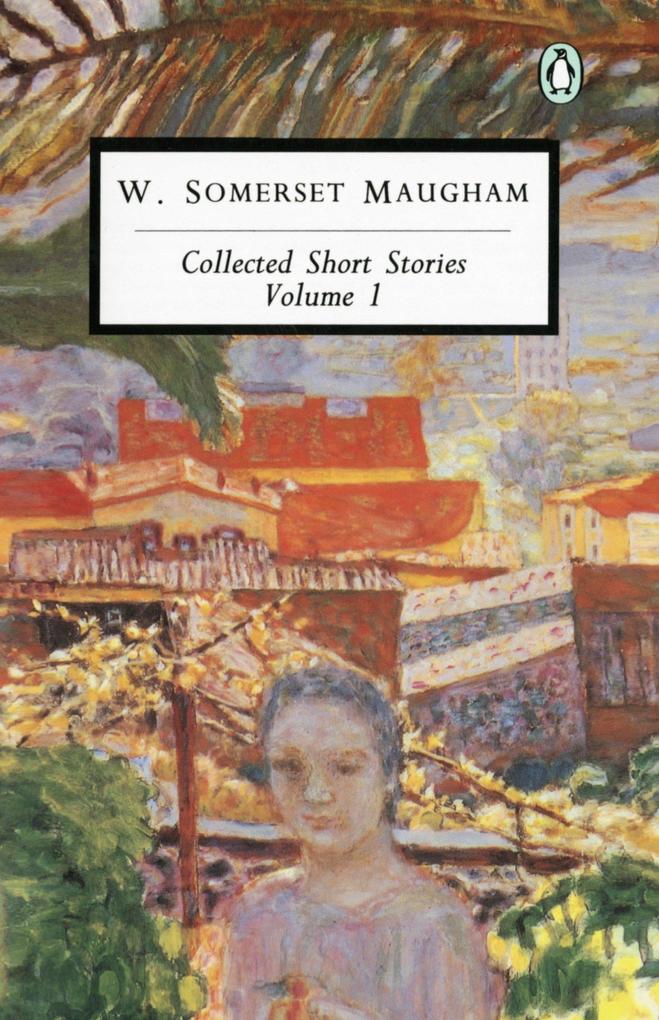 von W. Somerset Maugham
Sprache: Englisch.
Taschenbuch
These 30 short stories, comprising Somerset Maugham's first collection, are set in locations ranging from England, France and Spain to the silver sands of the South Pacific. They include "Rain," "The Three Fat Women of Antibes," "The Voice of the Tur … weiterlesen
Geschenk per Mail versenden
Taschenbuch

These 30 short stories, comprising Somerset Maugham's first collection, are set in locations ranging from England, France and Spain to the silver sands of the South Pacific. They include "Rain," "The Three Fat Women of Antibes," "The Voice of the Turtle," and "Before the Party."

Collected Short Stories Volume 1Preface
Rain
The Fall of Edward Barnard
Honolulu
The Luncheon
The Ant and the Grasshopper
Home
The Pool
Mackintosh
Appearance and Reality
The Three Fat Women of Antibes
The Facts of Life
Gigolo and Gigolette
The Happy Couple
The Voice of the Turtle
The Lion's Skin
The Unconquered
The Escape
The Judgement Seat
Mr. Know-All
The Happy Man
The Romantic Young Lady
The Point of Honour
The Poet
The Mother
A Man from Glasgow
Before the Party
Louise
The Promise
A String of Beads
The Yellow Streak

W. Somerset Maugham (1874-1965) lived in Paris until he was ten. He was educated at King's School, Canterbury, and at Heidelberg University. He afterwards walked the wards of St. Thomas's Hospital with a view to practice in medicine, but the success of his first novel, Liza of Lambeth (1897), won him over to letters. Something of his hospital experience is reflected, however, in the first of his masterpieces, Of Human Bondage (1915), and with The Moon and Sixpence (1919) his reputation as a novelist was assured.

His position as one of the most successful playwrights on the London stage was being consolidated simultaneously. His first play, A Man of Honour (1903), was followed by a procession of successes just before and after the First World War. (At one point only Bernard Shaw had more plays running at the same time in London.) His theatre career ended with Sheppey (1933). His fame as a short-story writer began with The Trembling of a Leaf, sub-titled Little Stories of the South Sea Islands, in 1921, after which he published more than ten collections.

W. Somerset Maugham's general books are fewer in number. They include travel books, such as On a Chinese Screen (1922) and Don Fernando (1935), essays, criticism, and the self-revealing The Summing Up (1938) and A Writer's Notebook (1949). He became a Companion of Honour in 1954.

Taschenbuch
The Call of the Wild, White Fang and…
von Jack London