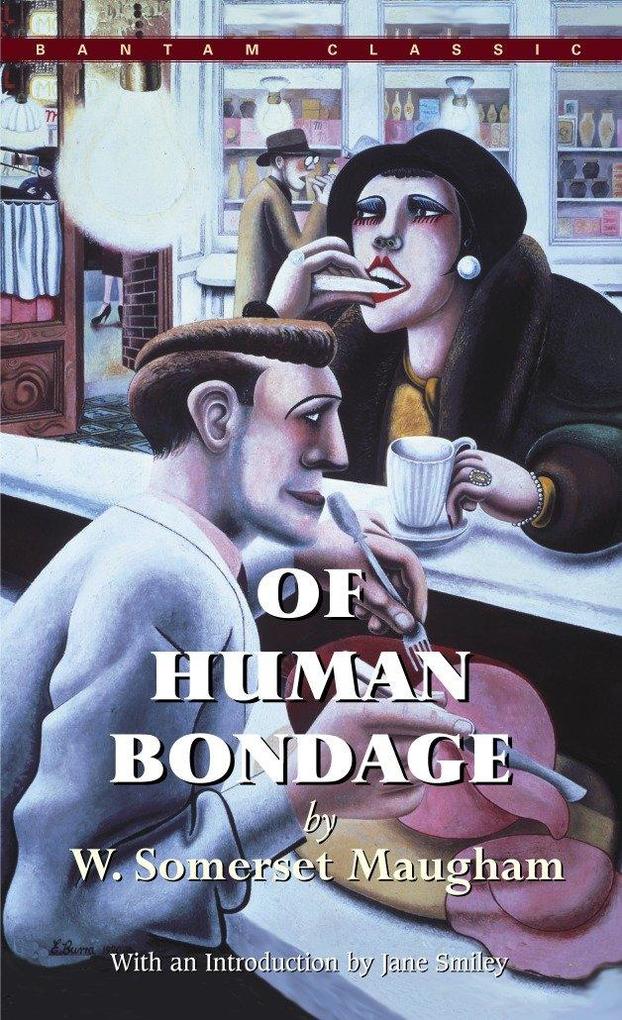 A masterpiece of modern literature that mirrors Maugham’s own career.Of Human Bondage is the first and most autobiographical of Maugham's novels. It is the story of Philip Carey, an orphan eager for life, love and adventure. After a few months studying in Heidelberg, and a brief spell in Paris as a would-be artist, Philip settles in London to train as a doctor. And that is where he meets Mildred, the loud but irresistible waitress with whom he plunges into a formative, tortured and masochistic affair which very nearly ruins him.

William Somerset Maugham, famous as novelist, playwright and short-story writer, was born in 1874, and lived in Paris until he was ten. He was educated at King's School, Canterbury, and at Heidelberg University. He spent some time at St. Thomas' Hospital with a view to practising medicine, but the success of his first novel, Liza of Lambeth, published in 1897, won him over to letters. Of Human Bondage, the first of his masterpieces, came out in 1915, and with the publication in 1919 of The Moon and Sixpence his reputation as a novelist was established. His position as a successful playwright was being consolidated at the same time. His first play, A Man of Honour, was followed by a series of successes just before and after World War I, and his career in the theatre did not end until 1933 with Sheppey.

His fame as a short story writer began with The Trembling of a Leaf, subtitled Little Stories of the South Sea Islands, in 1921, after which he published more than ten collections. His other works include travel books such as On a Chinese Screen, and Don Fernando, essays, criticism, and the autobiographical The Summing Up and A Writer's Notebook.