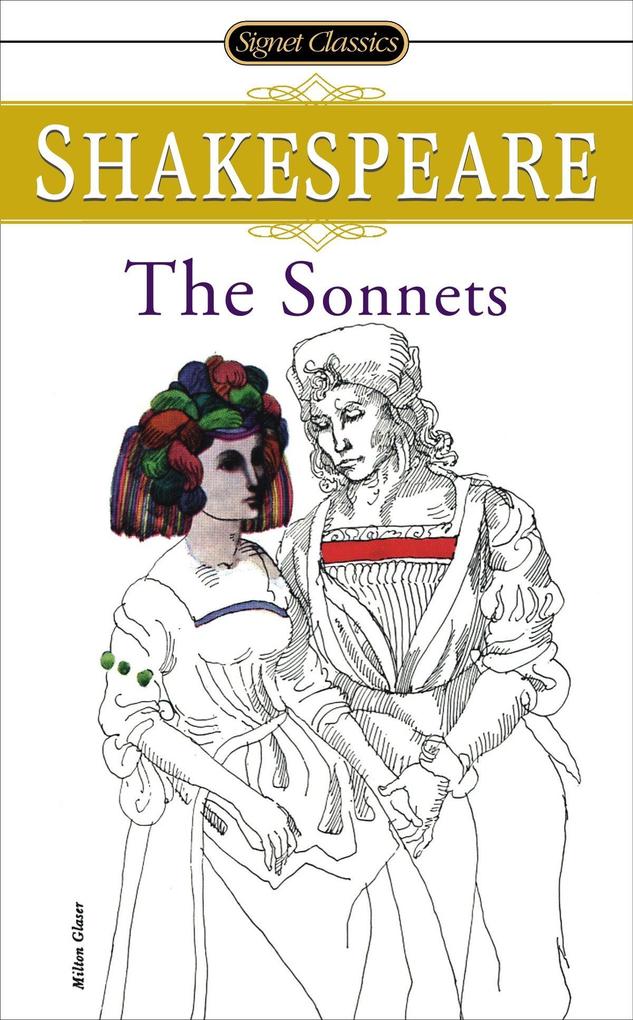 The Signet Classic Shakespeare Series The work of the world's greatest dramatist edited by outstanding scholars The Sonnets UNIQUE FEATURES OF THE SIGNET CLASSICS SHAKESPEARE • An extensive overview of Shakespeare's life, world, and sonnets by the general editor of the Signet Classics Shakespeare series, Sylvan Barnet, Tufts University • Special introduction to The Sonnets, by W. H. Auden • Literary criticism by William Empson, Hallett Smith, Winifred M. T. Nowottny, and Helen Vendler • Detailed footnotes at the bottom of each page of the sonnets • List of recommended reading • All text printed in the clearest, most readable type

WILLIAM SHAKESPEARE was born at Stratford upon Avon in April, 1564. He was the third child, and eldest son, of John Shakespeare and Mary Arden. His father was one of the most prosperous men of Stratford, who held in turn the chief offices in the town. In December, 1582, Shakespeare married Ann Hathaway, a farmer's daughter; their first child Susanna was baptized on May 6, 1583, and twins, Hamnet and Judith, on February 22, 1585. Little is known of Shakespeare's early life; but it is unlikely that a writer who dramatized such an incomparable range and variety of human kinds and experiences spent his early manhood entirely in a country town. There is one popular theory that he fled from Stratford because he was in trouble for deer stealing, another that he was for some time a schoolmaster.From 1592 onwards the records are much fuller. In March, 1592, the Lord Strange's players produced a new play at the Rose Theatre called Harry the Sixth, which was very successful, and was probably the First Part of Henry VI. In the autumn of 1592 Robert Greene, the best known of the professional writers, as he was dying wrote a letter to three fellow writers in which he warned them against the ingratitude of players in general, and in particular against an 'upstart crow' who 'supposes he is as much able to bombast out a blank verse as the best of you: and being an absolute Johannes Factotum is in his own conceit the only Shake-scene in a country.' This is the first reference to Shakespeare, and the whole passage suggests that Shakespeare had become suddenly famous as a playwright.
In April, 1593, Shakespeare published his poem Venus and Adonis, which was dedicated to the young Earl of Southampton: it was a great and lasting success, and was reprinted nine times in the next few years. In May, 1594, his second poem, The Rape of Lucrece, was also dedicated to Southampton.
In 1593, theaters were mostly shut down due to a severe outbreak of the plague; but in the autumn of 1594 the playing companies were reorganized, and Shakespeare became a member of the Lord Chamberlain's company, which appeared at the Theatre in Shoreditch. Shakespeare had already written the three parts of Henry VI, Richard III, Titus Andronicus, The Two Gentlemen of Verona, Love's Labour's Lost, The Comedy of Errors, and The Taming of the Shrew. Soon afterwards he wrote the first of his greater plays - Romeo and Juliet - and he followed this success in the next three years with A Midsummer Night's Dream, Richard II, and The Merchant of Venice. The two parts of Henry VI, introducing Falstaff, the most popular of all his comic characters, were written in 1597-8.
The company left the Theatre in Shoreditch in 1597 owing to disputes over a renewal of the ground lease, and went to appear at the Curtain in the same neighborhood. The disputes continued throughout 1598, and at Christmas the players settled the matter by demolishing the old Theatre and re-erecting a new playhouse on the south bank of the Thames, near Southwark Cathedral. This playhouse was named the Globe. The expenses of the new building were shared by the chief members of the Company, including Shakespeare, who was now a man of some means. In 1596 he had bought New Place, a large house in the center of Stratford, for £60, and through his father purchased a coat-of-arms from the Heralds, which was the official recognition that he and his family were gentlefolk.
By the summer of 1598 Shakespeare was recognized as the greatest of English dramatists. Booksellers were printing his more popular plays, at times even in pirated or stolen versions. Shortly before the Globe was opened, Shakespeare had completed the cycle of plays dealing with the whole story of the Wars of the Roses with Henry V. It was followed by As You Like it, and Julius Caesar, the first of the maturer tragedies. In the next three years he wrote Troilus and Cressida, The Merry Wives of Windsor, Hamlet, and Twelfth Night.
On March 24, 1603, Queen Elizabeth died. The company had often performed before her, but they found her successor a far more enthusiastic patron. One of the first acts of King James was to take over the company and to promote them to be his own servants, so that henceforward they were known as the King's Men. They acted now very frequently at Court, and prospered accordingly. In the early years of the reign Shakespeare wrote the more somber comedies All's Well that Ends Well and Measure for Measure, which were followed by Othello, Macbeth, and King Lear. Then he returned to Roman themes with Antony and Cleopatra and Coriolanus.
In 1608 the King's Men acquired a second playhouse, a private theater in the fashionable quarter of the Blackfriars. At private theaters, plays were performed indoors; the prices charged were higher, and the audience consequently was more select. Shakespeare seems to have retired from the stage about this time: his name does not occur in the various lists of players after 1607. Henceforward he lived for the most part at Stratford, where he was regarded as one of the most important citizens. He still wrote a few plays, and he tried his hand at the new form of tragi-comedy - a play with tragic incidents but a happy ending. He wrote four of these - Pericles, Cymbeline, The Winter's Tale, and The Tempest, which was acted at Court in 1611. Shakespeare died at Stratford upon Avon on April 23, 1616, and was buried in the chancel of the church, before the high altar.