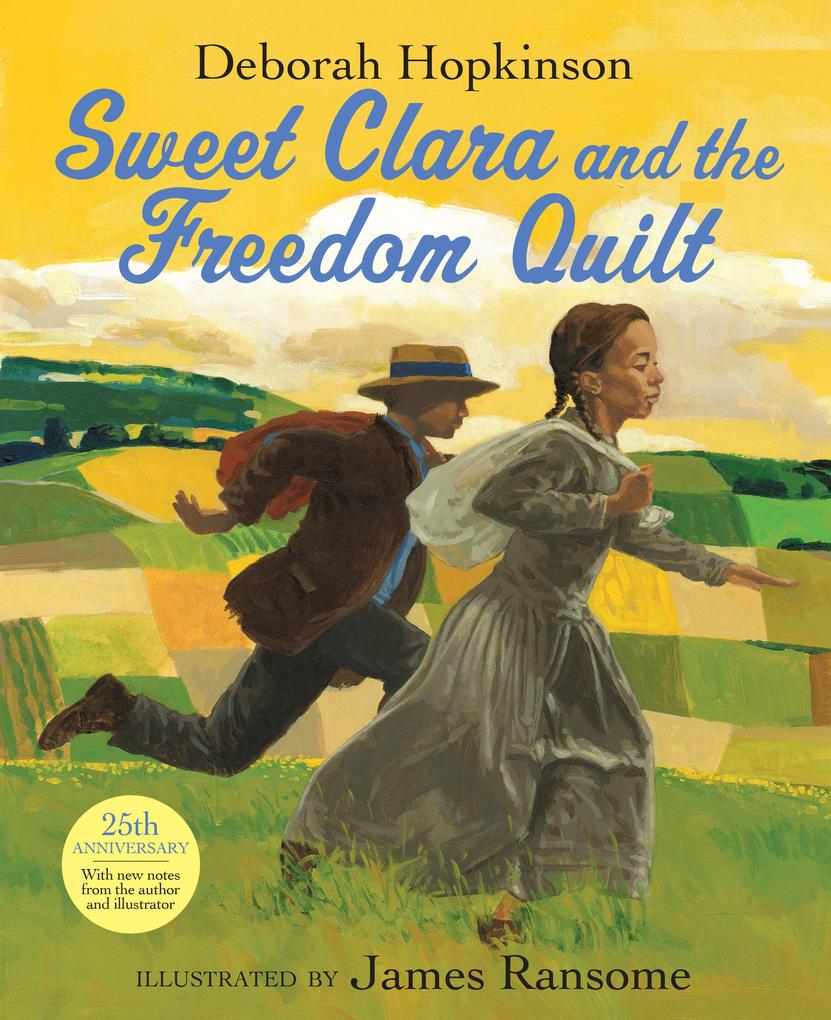 Sweet Clara and the Freedom Quilt

Clara, a slave and seamstress on Home Plantation, dreams of freedom--not just for hersel … weiterlesen

An inspiring tale of creativity and determination on the Underground Railroad from Coretta Scott King winner James Ransome and acclaimed author Deborah Hopkinson.

Clara, a slave and seamstress on Home Plantation, dreams of freedom--not just for herself, but for her family and friends. When she overhears a conversation about the Underground Railroad, she has a flash of inspiration. Using scraps of cloth from her work in the Big House and scraps of information gathered from other slaves, she fashions a map that the master would never even recognize. . . .

From the award-winning author-illustrator team of Deborah Hopkinson and James Ransome, this fictional tale of the Underground Railroad continues to inspire young readers 25 years after its original publication.

"A triumph of the human spirit." -Publishers Weekly, starred review

Born in North Carolina, James Ransome is a graduate of the Pratt Institute with a Bachelor of Fine Arts degree in illustration. While still a student at Pratt, James was one of twelve finalists out of two thousand selected to illustrate the annual Citibank calendar. After graduation, James continued to study painting at the Art Students League where his entry
into the Society of Illustrators Annual Student Scholarship Competition received the Jellybean award.
Currently a member of the Society of Illustrators, James has illustrated numerous books for children, including Sweet Clara and the Freedom Quilt and Freedom's Fruit. His illustrations also appear on book jackets, greeting cards, puzzles and shopping bags, as well as in magazines and calendars. One of James's paintings is in the Charlotte (North Carolina) Public Library's permanent children's book art collection.

James currently lives in Poughkeepsie, New York, with his wife, Lesa, their two daughters, and
their Dalmatian, Clinton.