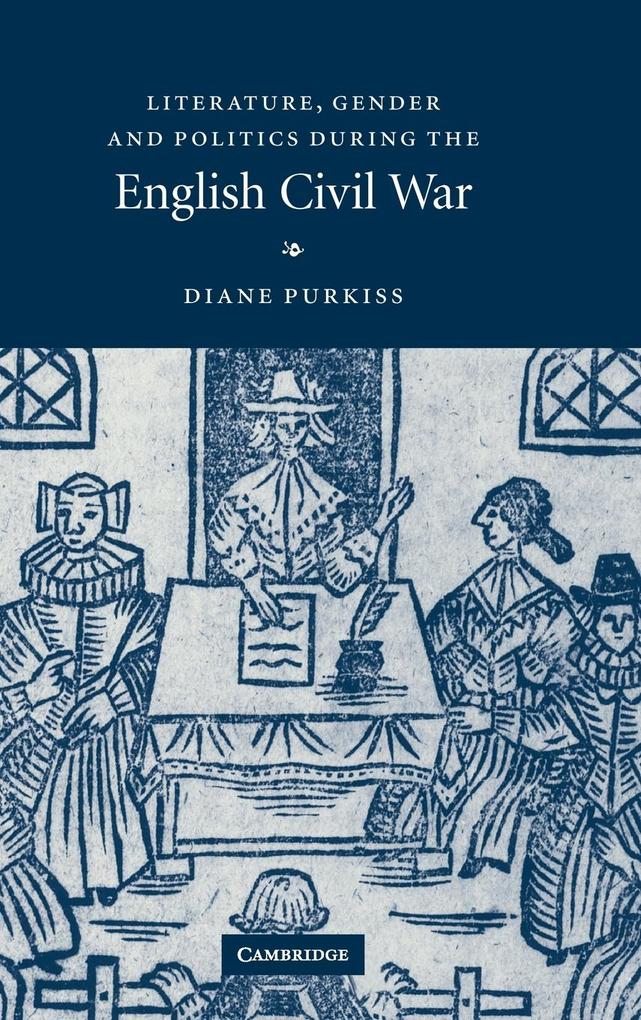 Literature, Gender and Politics During the English Civil War

In this innovative study, Diane Purkiss illuminates the role of gender in the English Civil War by focusing on ideas of masculinity, rather than on the role of women, which has hitherto received more attention. Historians have tended to emphasise a model of human action in the Civil War based on the idea of the human self as rational animal. Purkiss reveals the irrational ideological forces governing the way seventeenth-century writers understood the state, the monarchy, the battlefield and the epic hero in relation to contested contemporary ideas of masculinity. She analyses the writings of Marvell, Waller, Herrick and the Caroline elegists, as well as in newsbooks and pamphlets, and pays particular attention to Milton's complex responses to the dilemmas of male identity. This study will appeal to scholars of seventeenth-century literature as well as those working in intellectual history and the history of gender.

Diane Purkiss is University Lecturer in English at Oxford University.

'[Literature, Gender and Politics During the English Civil War] is a truly exceptional study. When Purkiss writes that 'the wager of this book has been that it is entirely possible that the Civil War - the war of the battlefields, but also of the writings, of politics and ideas - was, among other things, an opportunity for the creation and discharge of tensions implicit in early modern masculinity, a masculinity [both] socially and psychically constructed' ... she is simply hedging her bets. The wager has already paid off. Purkiss has written an altogether convincing and historically attentive account of masculine identity in mid-century England. Through careful and meticulous methodological rigor, she has also provided her readers with the theoretical apparatus to carry out similar research in other historical sites and venues.' History of Intellectual Culture
Kunden, die diesen Artikel gekauft haben, kauften auch
Schreiben Sie eine Rezension