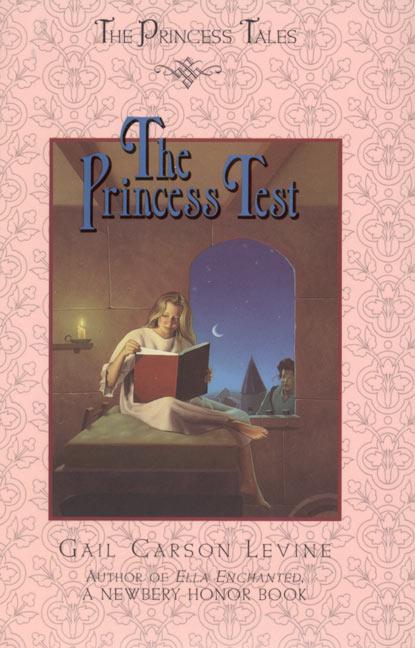 Gail Carson Levine charmed the world with Ella Enchanted, her spirited retelling of the Cinderella story. Now this award-winning author turns her attention to two more classic fairy tales, and deftly turns them upside down and inside out with her trademark wit and hilarity. In The Fairy's Mistake, two very different sisters have two very different encounters with the fairy Ethelinda. Rosella is kind and helpful. Her reward: Jewels and gems tumble out of her mouth whenever she speaks. Myrtle is rude and spiteful. Her punishment: Bugs and vipers slither out of her mouth. The fairy Ethelinda feels she's meted out justice just right--until she discovers Rosella has been locked up by a greedy prince and Myrtle is having the time of her life! In The Princess Test, King Humphrey has decided its time for his son, Prince Nicholas, to marry. But he must make sure the bride is a real princess. So he devises a series of princess tests, designed to weed out the phonies and the fakes. Meanwhile, Nicholas has fallen in love with Lorelei, a mere blacksmith's daughter. She's no princess, but he wants to marry her all the same--but how will she ever pass the terrible tests?In these first two delightfully entertaining, laugh-out-loud Princess Tales, Gail Levine gently spoofs the notion that fairies are always right and that tests can never prove a persons worth, but holds fast to the notion that true love will always win in the end.

Gail Carson Levine's first book for children, Ella Enchanted, was a Newbery Honor Book. Levine's other books include Ever, a New York Times bestseller; Fairest, a Best Book of the Year for Publishers Weekly and School Library Journal, and a New York Times bestseller; Dave at Night, an ALA Notable Book and Best Book for Young Adults; The Wish; The Two Princesses of Bamarre; A Tale of Two Castles; and the six Princess Tales books. She is also the author of the nonfiction books Writing Magic: Creating Stories That Fly and Writer to Writer: From Think to Ink, as well as the picture books Betsy Who Cried Wolf and Betsy Red Hoodie. Gail Carson Levine and her husband, David, live in a two-centuries-old farmhouse in the Hudson Valley of New York State.