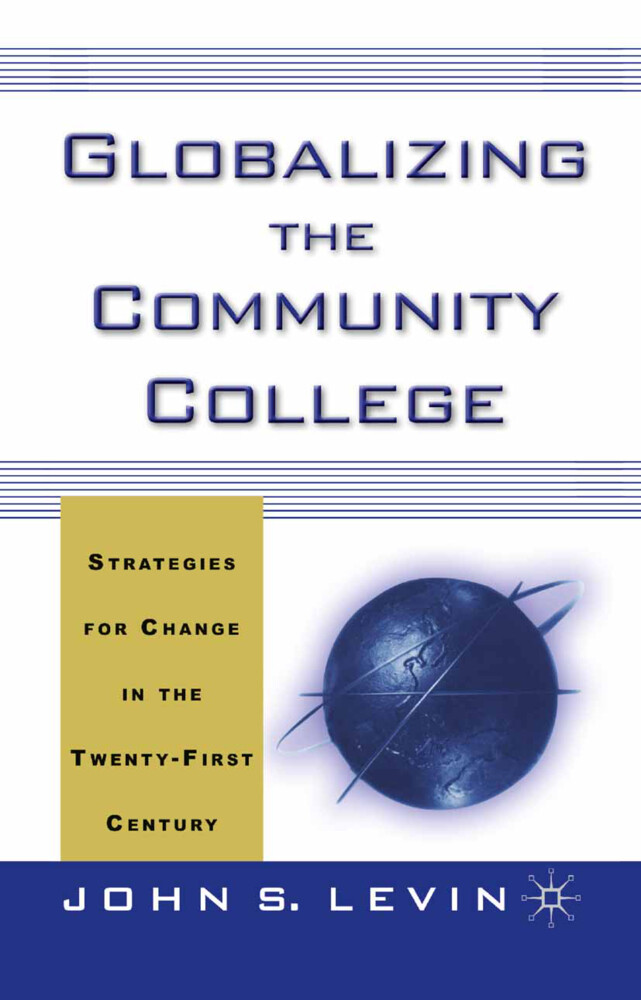 14% Rabatt sichern mit Gutscheincode: LIEBE14
​
Long regarded as a local institution, the community college has become a globalized institution. It has been affected by global forces, and by the interpretations of organizational members to both global forces and to the responses of intermediaries. … weiterlesen
Geschenk per Mail versenden
Buch (gebunden)

JOHN S. LEVIN is a professor of higher education in the Center for the Study of Higher Education at the University of Arizona. He is a former community college administrator and instructor. He has published widely both in the U.S. and Canada, addressing topics such as the presidency, governance, management, leadership, and organizational change. In 2000, the Canadian Society for the Study of Higher Education presented him with the Research Award for his work on Canadian higher education.

'As John Levin demonstrates, globalization and academic capitalism are as pervasive in community colleges as in universities, and the two are re-shaping the mission of the community college as well as the opportunities available to students. Community colleges are entrepreneurial actors on a global stage, trading in international students, marketers of global educational products, and markets for multinational corporations. This book is a break-through in community college scholarship, moving beyond the boundaries of college, state and nation, and into issues of organization of knowledge at two year schools in a global economy.' - Sheila Slaughter and Larry Leslie, authors of Academic Capitalism: Politics, Policies and the Entrepreneurial University

'Levin's design and approach are sound and sufficiently documented to lend support to the findings in this book.' - Educational Researcher

'...among those who care about the role and future of community colleges, Levin's work belongs on your shelf.' - Chad M. Hanson, The Journal of Higher Education