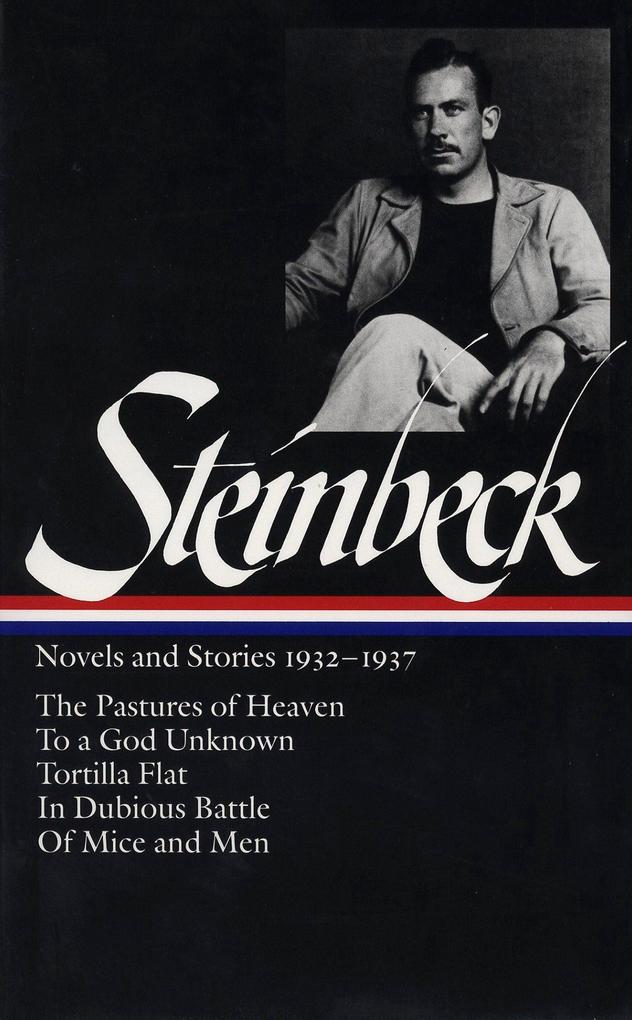 von John Steinbeck
New. Sprache: Englisch.
Buch (gebunden)
The Library of America presents for the first time in one volume Steinbeck's early writings, which expressed his abiding concerns for community, social justice, and the elemental connection between nature and human society. In prose that blends the v … weiterlesen
Geschenk per Mail versenden
Buch (gebunden)

The Library of America presents for the first time in one volume Steinbeck's early writings, which expressed his abiding concerns for community, social justice, and the elemental connection between nature and human society. In prose that blends the vernacular and the incantatory, the local and the mythic, these five works chart Steinbeck's evolution into one of the greatest and most enduring popular of American novelists.

The Pastures of Heaven (1932), a collection of interrelated stories, delineates the troubled inner lives and sometimes disastrous fates of families living in a seemingly tranquil California valley. The surface realism of Steinbeck's first mature work is enriched by hints of uncanny forces at work beneath.

"Deep down it's mine, right to the center of the world," says Salinas Valley farmer Joseph Wayne about his land in John Steinbeck's To a God Unknown (1933). A sense of primeval magic dominates the novel as the farmer reverts to pagan nature worship and begins a tortuous journey toward catastrophe and ultimate understanding.

In Dubious Battle (1936) plunges into the political struggle of the 1930s and paints a vigorous fresco of a migrant fruit-pickers' strike. Anticipating the collective portraiture of The Grapes of Wrath, Steinbeck poignantly traces the surges and shifts of group behavior.

With Of Mice and Men (1937), Steinbeck secured his status as one of the most influential American writers. Lennie and George, itinerant farmhands held together in the face of deprivation only by the frailest of dreams, have long since passed into American mythology. This novel, which Steinbeck called "such a simple little thing," is now recognized as a masterpiece of concentrated emotional power.

John Steinbeck (1902-1968) is the author of such celebrated works as Tortilla Flat (1935), Of Mice and Men (1937), and The Grapes of Wrath (1939), for which he won both the National Book Award and the Pulitzer Prize. He was awarded the Nobel Prize in Literature in 1962.The editors of this volume are Robert DeMott and Elaine A. Steinbeck (1914-2003). Robert DeMott is the Edwin and Ruth Kennedy Distinguished Professor at Ohio University and the author of Steinbeck's Typewriter, an award-winning book of critical essays. Elaine A. Steinbeck, co-editor of Steinbeck: A Life in Letters, was married to John Steinbeck from 1950 until his death in 1968.

Schreiben Sie eine Bewertung für: John Steinbeck: Novels and Stories 1932-1937 (Loa #72): The Pastures of Heaven / To a God Unknown / Tortilla Flat / In Dubious Battle / Of Mice and Me