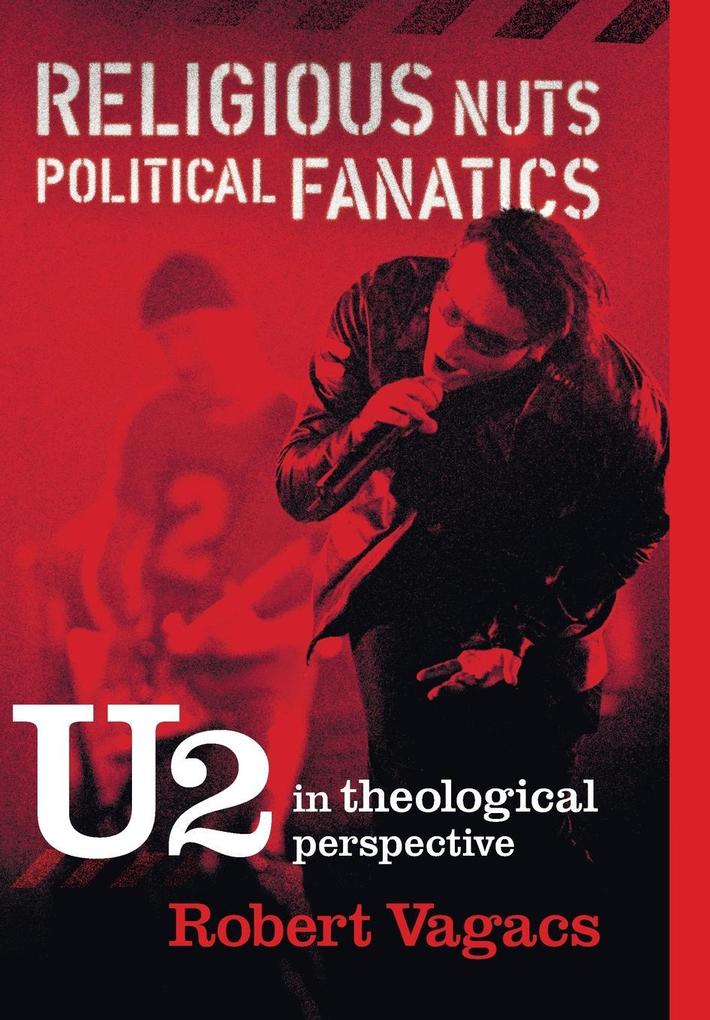 Description:
Weaving the threads of U2's lyrics, scripture, and theology into one cord, this book tracks the Irish rock band's theological insights and perspectives through their poetry. Along this lyrical path we encounter the characters of the Drowning Man, the Wanderer, and the Sojourner. Though seemingly different, they are one and the same, and they represent each of us. If you're a U2 fan, a theologian, or both, "Religious Nuts, Political Fanatics: U2 in Theological Perspective" will offer a different angle of popular culture and theology.

Endorsements:
Vagacs isn't imposing a theological agenda on a secular band. Rather, he is taking up the theological invitation, indeed the theological challenge, inherent in the artistic vision of U2. This book isn't so much a theological exposition of the meaning of U2 lyrics as it is an entering into a conversation with the band because there are important matters that need to be discussed, places of darkness that need some light. This book opens our eyes to light that is shining in the midst of the darkness of a postmodern world. U2 is not the light of the world. Jesus is. Rob Vagacs joins U2 in following that light, helps that light to shine brighter through his theological engagement with their music, and invites us to walk in that light.
--Brian Walsh, from the Introduction

"Too much Christian writing about U2 is hampered by not really being about U2 at all: its grasp of the band's vision stops at citing a few obvious lines from the big hits. Vagacs goes deeper, inviting us to an imaginative roundtable where albums, B-sides, and live performances join Biblical and contemporary authors in conversation on the great U2 themes of exile, eschatology, justice, and redemption. And a stimulating conversation it is: alert to intertextual echoes, always ready with an apt citation, and as interested in analyzing the Wanderer's postmodern disorientation as in extolling the joys to be tasted in That Other Place. Even those who've read every word ever written about U2 will find some new ideas here, and, I hope, follow them home."

--Beth Maynard
Co-editor of Get Up Off Your Knees: Preaching the U2 Catalog


"Vagacs manages the near impossible--he makes fun-to-ponder observations no one else has made before about U2 and their Death and Resurrection Show. He does it by allowing the songs to comment on each other and by letting bright lights like Walter Brueggemann, Richard Bauckham and Trevor Hart in on the conversation. Religious Nuts, Political Fanatics is a lovely book."

About the Contributor(s):
Robert Vagacs received his theological training at Wycliffe College, University of Toronto. He and his wife reside in Waterloo, Ontario.