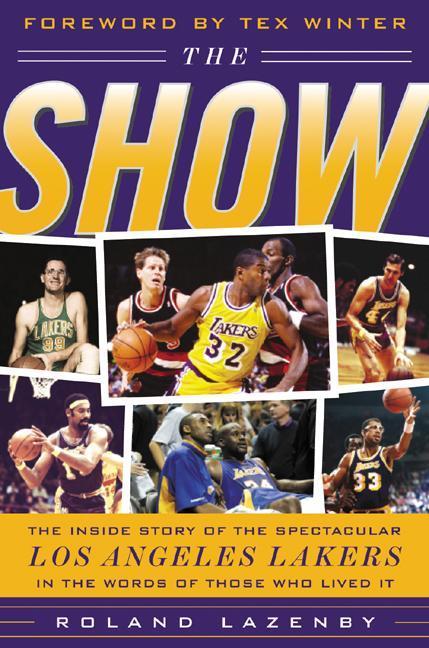 The Show: The Inside Story of the Spectacular Los Angeles Lakers in the Words of Those Who Lived It

Titel: The Show: The Inside Story of the Spectacular Los Angeles Lakers in the Words of Those Who Lived It
Autor/en: Roland Lazenby

The first definitive oral history of the ever-popular L.A. LakersIn The Show, critically acclaimed sportswriter Roland Lazenby brings the story of this charismatic team to life in an unprecedented oral history, featuring such legendary players as Wilt Chamberlain, Jerry West, Kareem Abdul- Jabbar, and Magic Johnson, along with current stars like Shaquille O'Neal and Kobe Bryant.Through in-depth interviews with players, coaches, and many other key figures, Lazenby follows the Lakers from their birthplace in 1946 Minneapolis to their eventual successes and failures in Los Angeles, using his flair for storytelling and eye for detail to show you exactly why the 14-time NBA champion Lakers are a celebrated favorite for sports fans all over America.

Roland Lazenby (Roanoke, VA) is the author of numerous sports books, including Blood on the Horns: The Long Strange Ride of Michael Jordans Chicago Bulls and Bull Run!, the Independent Publishers Associations 1997 Book of the Year. His work has appeared in Sport, The Sporting News, and the Chicago Sun-Times.

*Starred Review* The Los Angeles Lakers--along with the Boston Celtics--represent the best in the five-decade-plus history of the National Basketball Association. Lazenby, author of many sports books including Mad Game: The NBA Education of Kobe Bryant (1999), has written an oral history of the franchise from its incarnation in Minneapolis in the early 1950s through its most recent run of championships under coach Phil Jackson and key players Bryant and Shaquille O'Neal. The book is must reading for NBA fans both young and old. Most fascinating are the stories from the late 1960s and early 1970s, when the Lakers, led by Hall-of-Famers Jerry West and Elgin Baylor, reached the NBA finals five times in six years and lost each time. The anguish experienced by West--who has since become the league's most accomplished executive and general manager--over those losses is palpable. A driven individual and as fierce a competitor as the league has ever known, West nearly quit in frustration and entertained thoughts that the losses were some sort of divinely dictated personal punishment. He eventually got his championship as a player and many more as the team's general manager.Other fascinating eras include the Magic Johnson years and the Bryant-O'Neal and Jackson championships in which the attendant soap opera of clashing egos was as almost as interesting as the action on the court. The best book on pro basketball since Sam Smith's The Jordan Rules (1992).--Wes Lukowsky Booklist 20051222

Schreiben Sie eine Bewertung für: The Show: The Inside Story of the Spectacular Los Angeles Lakers in the Words of Those Who Lived It