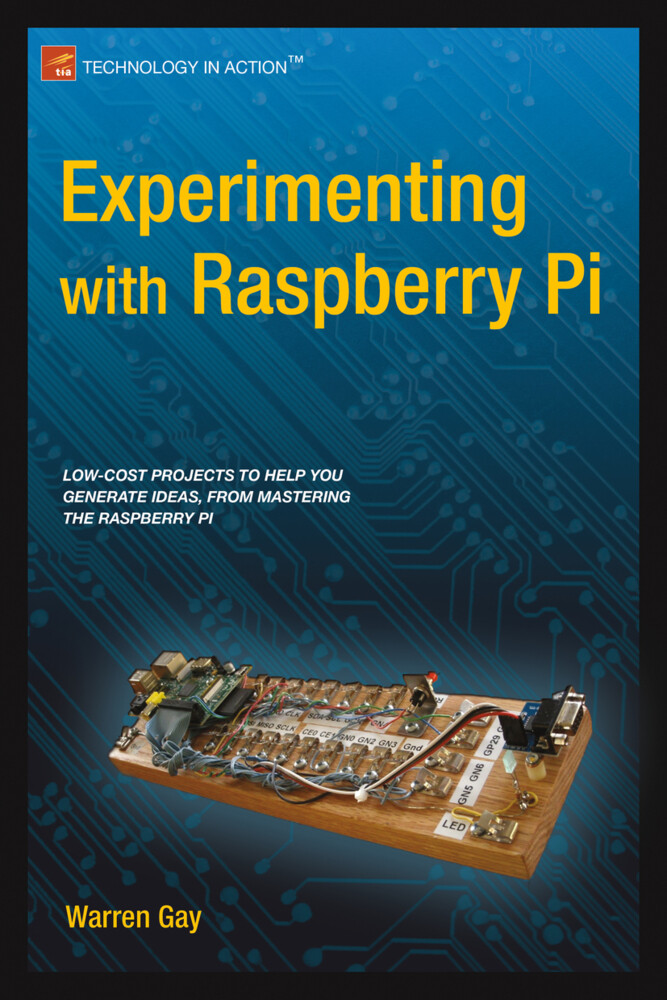 Written with budgets in mind, author Warren Gay encourages you to build, experiment, and swap out various parts to learn more about the Pi and come up with the best ideas and instructions for your own amazing Raspberry Pi project ideas.

Warren Gay has been an electronics enthusiast since childhood and often dragged discarded TV sets home after school. In high school he learned to program the IBM-1130 and then pursued a career in software development at Ryerson Polytechnical, in Toronto. Since then he has worked professionally for over 30 years, mainly in C/C++, under Unix and Linux. Meanwhile, the love of electronics has never faded since the early creation of his home-brewed Intel 8008 system in the 70's to the present day projects employing the Raspberry Pi. Warren also holds an advanced amateur radio license and was able to work the Mir space station (U2MIR) using packet radio in August 1991.He's authored other books including Sams Teach Yourself Linux in 24 Hours, Linux Socket Programming by Example, and Advanced Unix Programming.