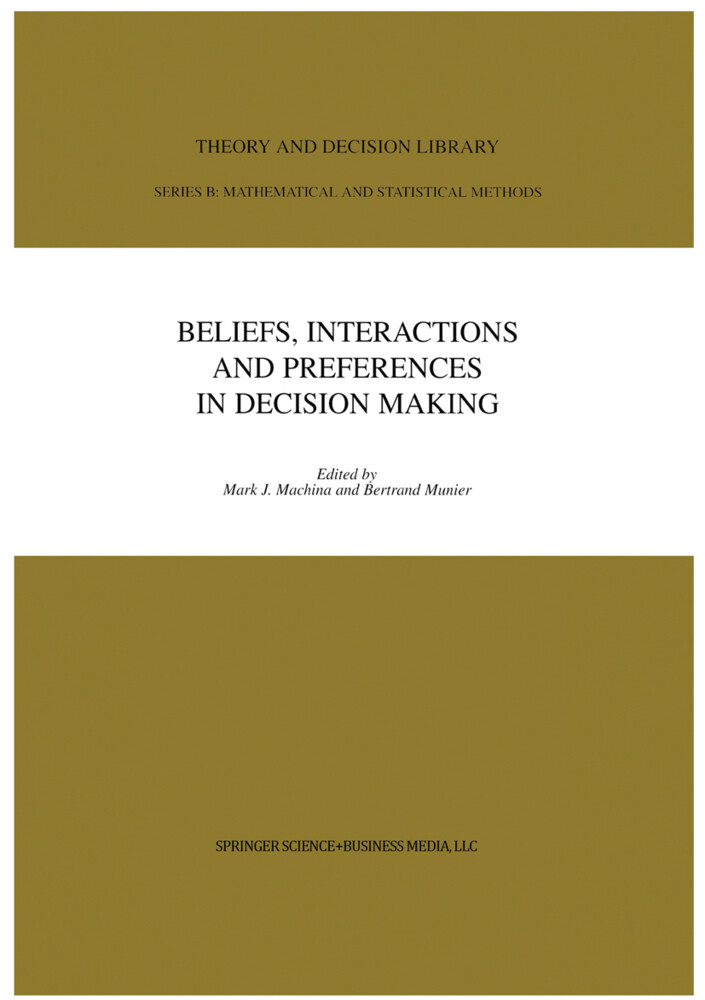 Beliefs, Interactions and Preferences in Decision Making mixes a selection of papers, presented at the Eighth Foundations and Applications of Utility and Risk Theory (`FUR VIII') conference in Mons, Belgium, together with a few solicited papers from well-known authors in the field.
This book addresses some of the questions that have recently emerged in the research on decision-making and risk theory. In particular, authors have modeled more and more as interactions between the individual and the environment or between different individuals the emergence of beliefs as well as the specific type of information treatment traditionally called `rationality'. This book analyzes several cases of such an interaction and derives consequences for the future of decision theory and risk theory.
In the last ten years, modeling beliefs has become a specific sub-field of decision making, particularly with respect to low probability events. Rational decision making has also been generalized in order to encompass, in new ways and in more general situations than it used to be fitted to, multiple dimensions in consequences. This book deals with some of the most conspicuous of these advances.
It also addresses the difficult question to incorporate several of these recent advances simultaneously into one single decision model. And it offers perspectives about the future trends of modeling such complex decision questions.
The volume is organized in three main blocks: The first block is the more `traditional' one. It deals with new extensions of the existing theory, as is always demanded by scientists in the field.
A second block handles specific elements in the development of interactions between individuals and their environment, as defined in the most general sense.
The last block confronts real-world problems in both financial and non-financial markets and decisions, and tries to show what kind of contributions can be brought to them by the type of research reported on here.

Buch (kartoniert)
A Course in Mathematical and Statistical…
von Anil Gore, S. A.…