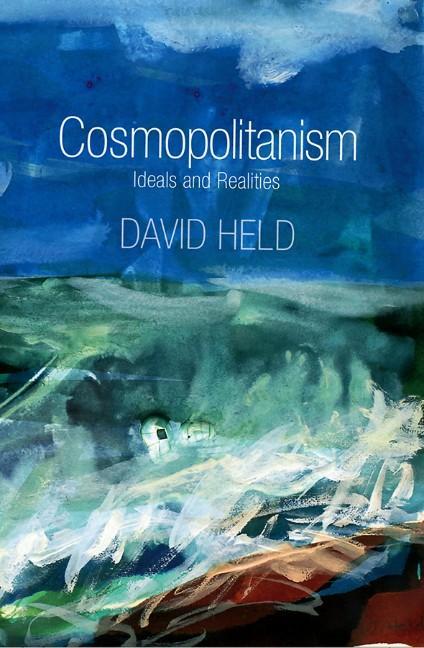 von David Held
Ideals and Realities. New. Sprache: Englisch.
Buch (kartoniert)
This book sets out the case for a cosmopolitan approach to contemporary global politics. It presents a systematic theory of cosmopolitanism, explicating its core principles and justifications, and examines the role many of these principles have playe … weiterlesen
Dieser Artikel ist auch verfügbar als:
Geschenk per Mail versenden
Buch (kartoniert)

This book sets out the case for a cosmopolitan approach to contemporary global politics. It presents a systematic theory of cosmopolitanism, explicating its core principles and justifications, and examines the role many of these principles have played in the development of global politics, such as framing the human rights regime. The framework is then used to address some of the most pressing issues of our time: the crisis of financial markets, climate change and the fallout from the wars in Afghanistan and Iraq. In each case, Held argues that realistic politics is exhausted, and that cosmopolitanism is the new realism.

Towards a Multipolar World.

The Paradox of Our Times.

The Impact of the Global Financial Crisis.

Summary of the Book Ahead.

The Idea of Cosmopolitan Law.

4 Violence, Law and Justice in a Global Age.

The Paradox of Our Times.

Why Be Concerned with Global Challenges?

Problems and Dilemmas of Global Problem-Solving.

Global Governance and the Democratic Question.

6 Parallel Worlds: The Governance of Global Risks in Finance, Security, and the Environment.

Global Governance and the Paradox of Our Times.

The Global Governance of Finance.

The Global Governance of Security.

The Global Governance of the Environment.

Democracy I: The Democratic Nation-State and Climate Change.

The Political Elements of a Democratic Global Deal.

"A cohesive, articulate and powerful plea in favour of a deep transformation of the world order."
Survival
A comprehensive study of the phenomenon, illustrated by well-chosen examples."
Political Studies Review
"Held articulates a number of feasible reforms, sustained by universal ethical and political commitments, that can be undertaken to address specifically global problems. His deft and clear-eyed rendering of the changing trajectory of cosmopolitan thought makes this book an informative introduction to the topic."
Choice
"David Held formulates a robust cosmopolitanism and imaginatively applies it to the great faults of our international order: its lack of effective environmental-protection, peacekeeping, and global-finance regimes. The pragmatic reforms he envisions would undoubtedly make our world more democratic and just."
Thomas Pogge, Yale University
"David Held's new book gives the lie to those who regard cosmopolitanism as a vague set of indeterminate woolly ideals. This is as grounded and as comprehensive an account of the cosmopolitan agenda as one could wish for."
Jeremy Waldron, New York University Law School
"In a world beset by financial crisis, nuclear proliferation and climate change, our capacity for international co-operation and solidarity has rarely seemed so inadequate, or the need for them more urgent. In this book, David Held provides a powerful and persuasive analysis of this paradox of our times, and how cosmopolitan principles offer a way to overcome it."
Andrew Gamble, University of Cambridge
"National realpolitik is dead, long live cosmopolitan realpolitik! David Held's robust development and defence of cosmopolitanism provides a masterful framework for the urgent reorientation required - both political and cognitive - by an unevenly interconnected world."
Ulrich Beck, University of Munich
Kunden, die diesen Artikel gekauft haben, kauften auch
Schreiben Sie eine Rezension