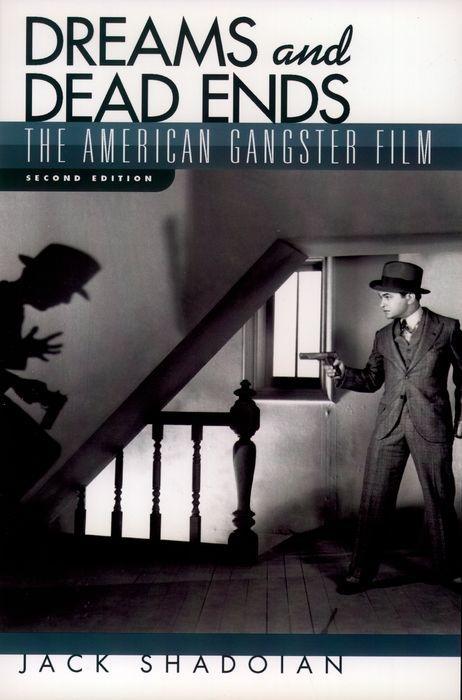 Dreams and Dead Ends provides a compelling history of the twentieth-century American gangster film. Beginning with Little Caesar (1930) and ending with Things To Do In Denver When You're Dead (1995), Jack Shadoian adroitly analyzes twenty notable examples of the crime film genre. Moving
chronologically through nearly seven decades, this volume offers illuminating readings of a select group of the classic films--including The Public Enemy, D.O.A., Bonnie and Clyde, and The Godfather--that best define and represent each period in the development of the American crime film. Richly
illustrated with more than seventy film stills, Dreams and Dead Ends details the evolution of the genre through insightful and precise considerations of cinematography, characterization, and narrative style. This updated edition includes new readings of three additional movies--Once Upon a Time in
America, Things To Do In Denver When You're Dead, and Criss Cross--and brings this clear and lively discussion of the history of the gangster film to the end of the twentieth century.

Jack Shadoian is Professor of English at the University of Massachusetts.

Praise for the previous edition: "Dreams and Dead Ends is quite a remarkable book. One would expect a formal, academic theorist to discuss the great and near-great American gangster movies in terms much duller than the films themselves. Not here, for Mr. Shadoian's essays are aggressive, readable, and often profound. He has a fine, firm grasp of photography, composition, editing, direction, acting, and screenwriting. His cultural and sociological observations are brilliant. He traces the development of gangster films from Little Caesar to Point Blank with sure-footed finesse, and ends up by admitting that, as the latest cycle has only just begun, predictions regarding its course would be presumptuous and foolish. Recommended."--Media Review Digest
"Shadoian's expansive coverage of the sociopolitical and cultural background of the films and their interrelated styles and themes is extremely cogent. The chosen films are familiar to anyone interested in this popular genre, but the films have seldom been written about as incisively. Shadoian communicates a thorough understanding of film noir, that often quixotically misdefined entity so crucial to movies of the 1940s and 1950s, and for quality alone, his book is one of the best (if not the best) ever written on the subject." --Library Journal
"A provocative and probing analysis of the gangster-crime film as a visual literature with unique perceptions of American social and urban problems. Dreams and Dead Ends is a seminal work for the structuring of film criticism around genres.... The most analytical, current, and comprehensive work on the genre."--Choice
"The unusual depth and detail provided in the examination of each film provides rich material for reader thought and reaction. Arrangement of the study is logical and natural with justification provided for the author's selections. The volume is a model of genre study that helps to advance the art of film criticism. Highly recommended."--Cinema Bo