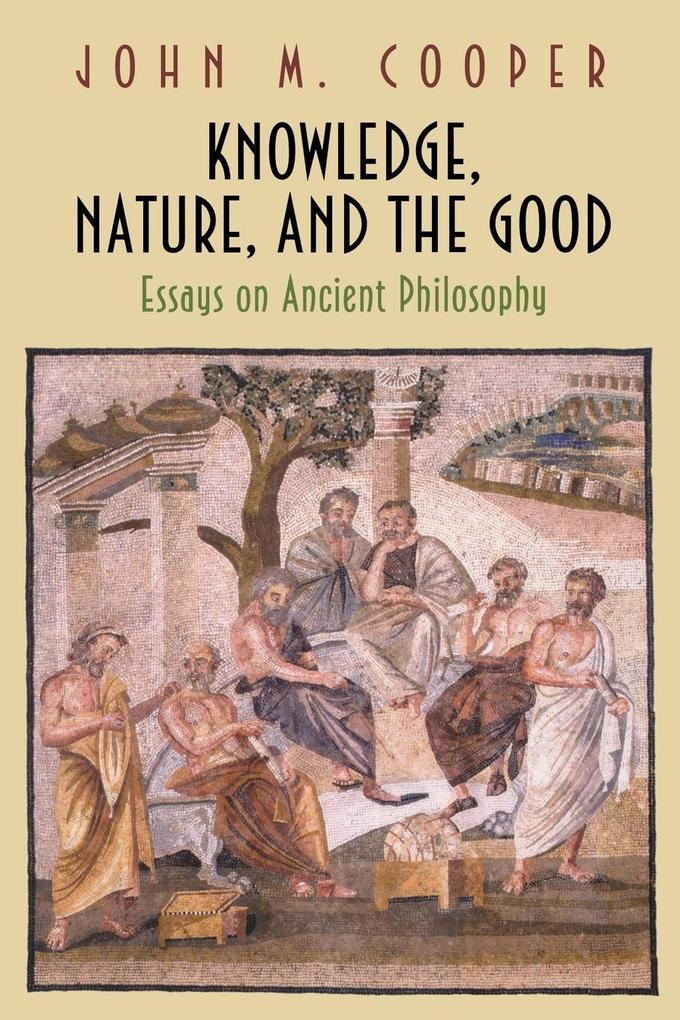 Knowledge, Nature, and the Good

Knowledge, Nature, and the Good brings together some of John Cooper's most important works on ancient philosophy. In thirteen chapters that represent an ideal companion to the author's influential Reason and Emotion, Cooper addresses a wide range of topics and periods--from Hippocratic medical theory and Plato's epistemology and moral philosophy, to Aristotle's physics and metaphysics, academic scepticism, and the cosmology, moral psychology, and ethical theory of the ancient Stoics.

Almost half of the pieces appear here for the first time or are presented in newly expanded, extensively revised versions. Many stand at the cutting edge of research into ancient ethics and moral psychology. Other chapters, dating from as far back as 1970, are classics of philosophical scholarship on antiquity that continue to play a prominent role in current teaching and scholarship in the field. All of the chapters are distinctive for the way that, whatever the particular topic being pursued, they attempt to understand the ancient philosophers' views in philosophical terms drawn from the ancient philosophical tradition itself (rather than from contemporary philosophy).

John M. Cooper is Stuart Professor of Philosophy at Princeton University. He is the author of "Reason and Emotion" (Princeton) and "Reason and Human Good in Aristotle".

"The marks of a true multi-culturalism hidden in the methods of great classicism are present in John M. Cooper's Knowledge, Nature, and the Good... Works of loving scholarship such as this ... develop our ability to appreciate the wondrous otherness of Greek culture--of, in fact, any culture."--Arthur J. Spring, Bridges