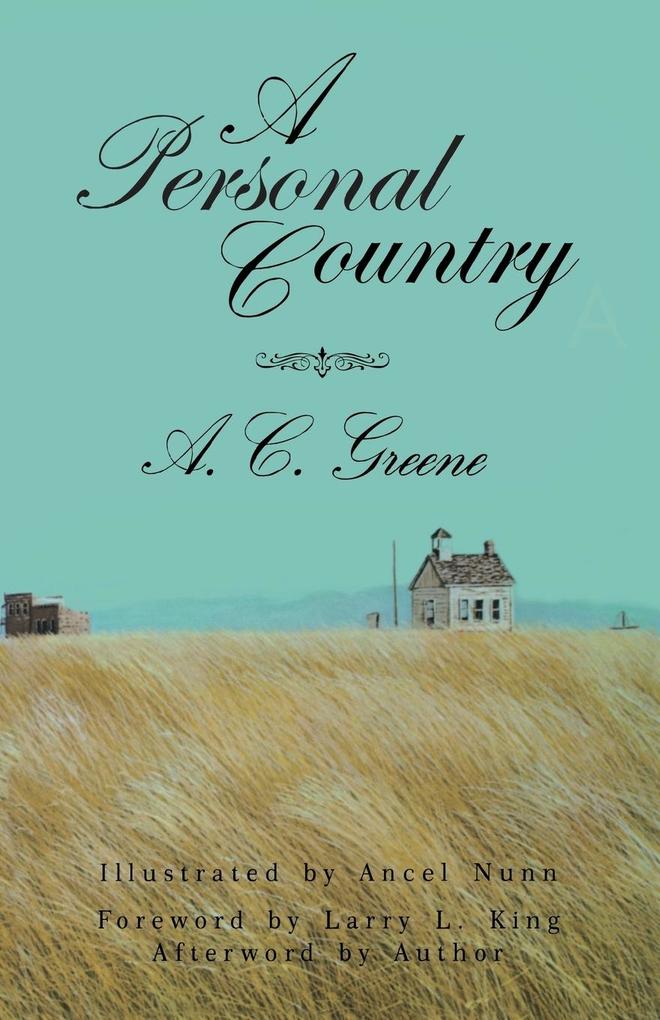 von A. C. Greene
Paperback. Sprache: Englisch.
Taschenbuch
This book brings alive what one man feels about his childhood home. The place is West Texas, seen across a long vista in which today's events and people merge with the author's boyhood and young manhood. It is a harsh, remote country, where the weath … weiterlesen
Geschenk per Mail versenden
Taschenbuch

This book brings alive what one man feels about his childhood home. The place is West Texas, seen across a long vista in which today's events and people merge with the author's boyhood and young manhood. It is a harsh, remote country, where the weather is always very close and the horizon far away. The Brazos country of long-ago Fourth of July fishing expeditions; the grass-grown remains of a way station of the Butterfield Stage Line; the streets of Abilene; the sparse grazing lands under infinite skies-all are made resonant by a native son's affection and understanding. It is a way of life-resilient and persnickety-that is almost gone. Above all, it is people: the author's grandmother, who had a mortal fear of bridges and whose premonitions of unnamed calamities (that as often as not happened), both alarmed and pleased the young boy; Uncle Aubrey, "who married late"; the blacksmith they awakened in the dead of night to repair the family Maxwell; the familiar neighbors; the rare and deliciously mysterious strangers.

With humor and strong, unsentimental feeling, A. C. Greene conserves for us the priceless eccentricities of place and person that are being flattened out-almost literally bulldozed away-by the impatient, insatiable onrush of the twentieth century. His West Texas is a very personal country, but what he seeks to share will be familiar to all who take pleasure in the memories that tie them to their own special region of America.

" . . . a book that has strength, character, and personality."-The New Yorker

"Greene is at his best when he describes the peculiar, idiosyncratic, and proud people that this frontier world has produced."-Lone Star Book Review

"Greene's evocation . . . is personal, humorous, loving and frequently poetic. One could go a long way toward understanding West Texas by reading this book and nothing else."-Books of the Southwest

"East Texans often glow with appreciation for their section, and wonder why anyone would want to live 'out there.' They may still feel that way after seeing West Texas through the memory of Greene, but they will have looked on the other side of the trees and be better for it."-East Texas Historical Association

A. C. Greene, born in Abilene, Texas, authored over twenty books. He was also a newspaper editor and university professor, and worked in both television and radio.