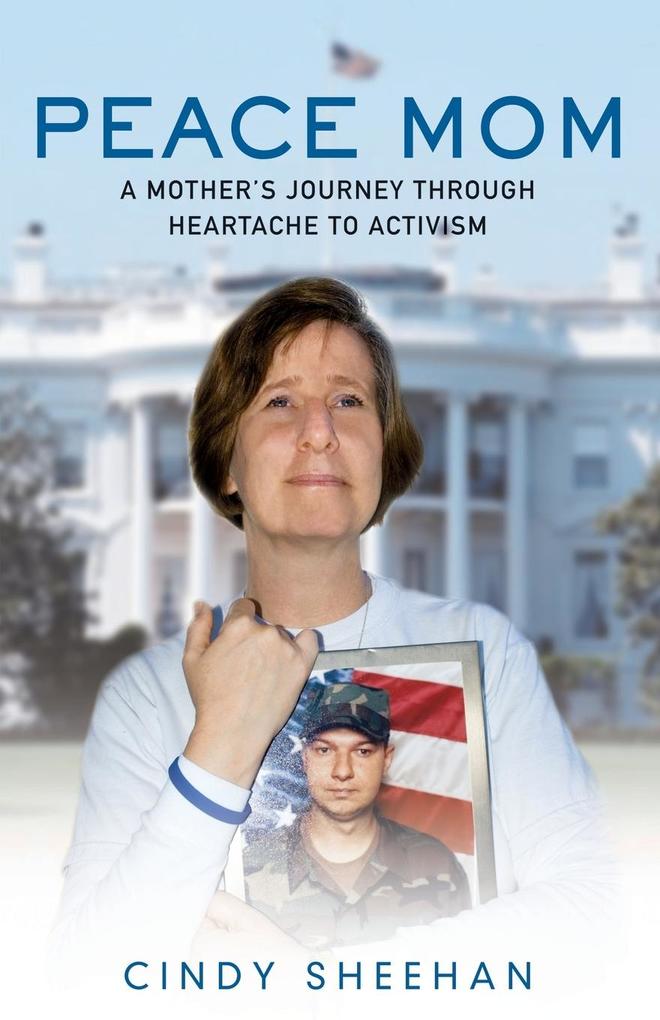 von Cindy Sheehan
A Mother's Journey Through Heartache to Activism. Paperback. Sprache: Englisch.
Taschenbuch
"Writing this book is the second most difficult thing I have ever done, next to burying Casey."

On April 4, 2004, Cindy Sheehan learned that Casey, the eldest of her four children, had been killed in Iraq, where he was serving in the United States A … weiterlesen

A Mother's Journey Through Heartache to Activism.
Paperback.
Sprache: Englisch.

"Writing this book is the second most difficult thing I have ever done, next to burying Casey."

On April 4, 2004, Cindy Sheehan learned that Casey, the eldest of her four children, had been killed in Iraq, where he was serving in the United States Army. After struggling through crippling grief for three weeks, she came to an epiphany: "I will spend my life trying to make Casey's sacrifice count for peace and love, not killing and hate."

Peace Mom is the heartfelt and profoundly moving story of Cindy's journey to activism. She recounts the dark days following Casey's death, when it seemed her life would never have meaning again. She tells of her June 2004 meeting with President Bush, and how that encounter ultimately set her on a path that would take her to hearings in the Capitol, test old friendships and family ties, and culminate outside Crawford, Texas, in a monthlong peace action that would draw thousands of supporters and worldwide attention.

Here are the stories Cindy has never shared before about her own experiences at the center of a media firestorm, the life-altering events that were sparked by her simple act of defiance one hot August day in Texas. Going behind the headlines and sound bites, Cindy writes candidly about the toll her activism has taken on her own life and her family, as well the unforeseen rewards her quest for peace has brought. Through days of rage, despair, laughter, and tears, Cindy has found ways to celebrate the life of her son Casey and give meaning to his death. Her story points the way to a future of peace and justice for the world and for our children.

Heartrending and powerful, Peace Mom is at once an honest account of one woman's triumph over loss and a clarion call to all those who wonder if they can make a difference.

Cindy Sheehan is a moving writer and vibrant storyteller. During her first year of activism, she chronicled her thoughts and actions, and now she shares them for the first time in book form. Reflecting on war and peach, truth and accountability, she takes the Bush administration to task for its corruption and incompetence and tells the story of her own journey from grieving mom to ardent activist. Cindy Sheehan is founder of Gold Star Families for Peace.