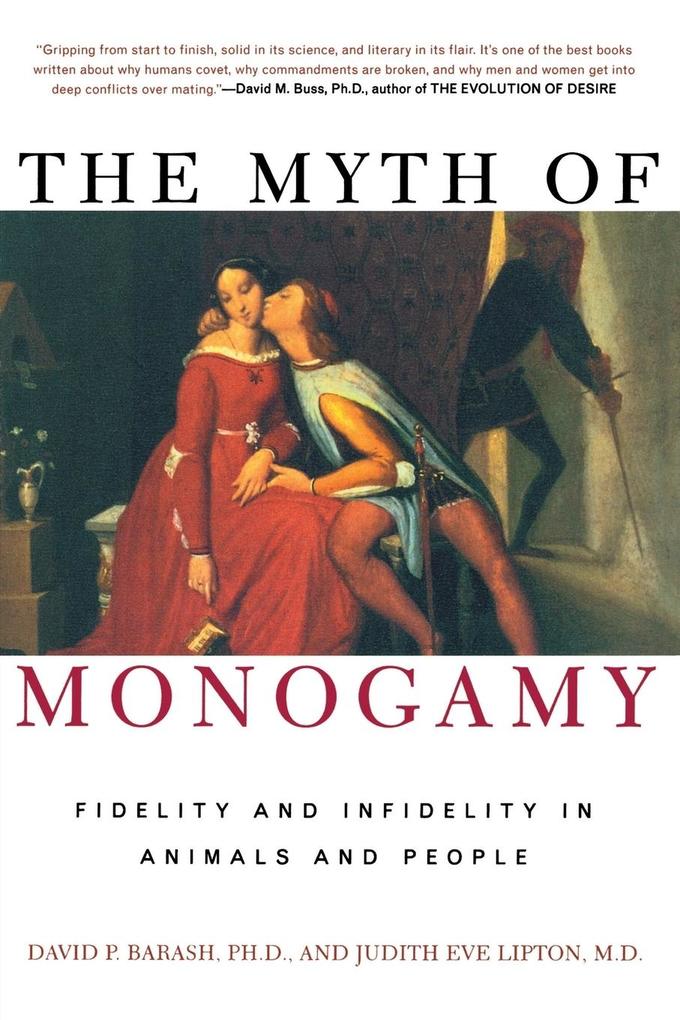 The Myth of Monogamy: Fidelity and Infidelity in Animals and People

Applying new research to sex in the animal world, esteemed scientists David P. Barash and Judith Eve Lipton dispel the notion that monogamy comes naturally. In fact, as The Myth of Monogamy reveals, biologists have discovered that for nearly every species, cheating is the rule -- for both sexes.
Reviewing findings from the same DNA fingerprinting science employed in the courtroom, Barash and Lipton take readers from chickadee nests to chimpanzee packs to explain why animals cheat. (Some prostitute themselves for food or protection, while others strive to couple with genetically superior or multiple mates.) The Myth of Monogamy then illuminates the implications of these dramatic new findings for humans, in our relationships, as parents, and more.
The Myth of Monogamy at last brings scientific insight into this emotionally charged aspect of the ultimate dating and marriage quandary.

"A highly readable, light-hearted survey of monogamy and its variations across the animal kingdom."
--"Nature"
"Gripping from start to finish, solid in its science, and literary in its flair . . ."
--David M. Buss, Ph.D., professor of psychology, University of Texas
"A smart, intriguing, witty, non-sexist, provocative yet careful book about the realities . . . 'infidelity.' "
--Pepper Schwartz, Ph.D.

Schreiben Sie eine Bewertung für: The Myth of Monogamy: Fidelity and Infidelity in Animals and People