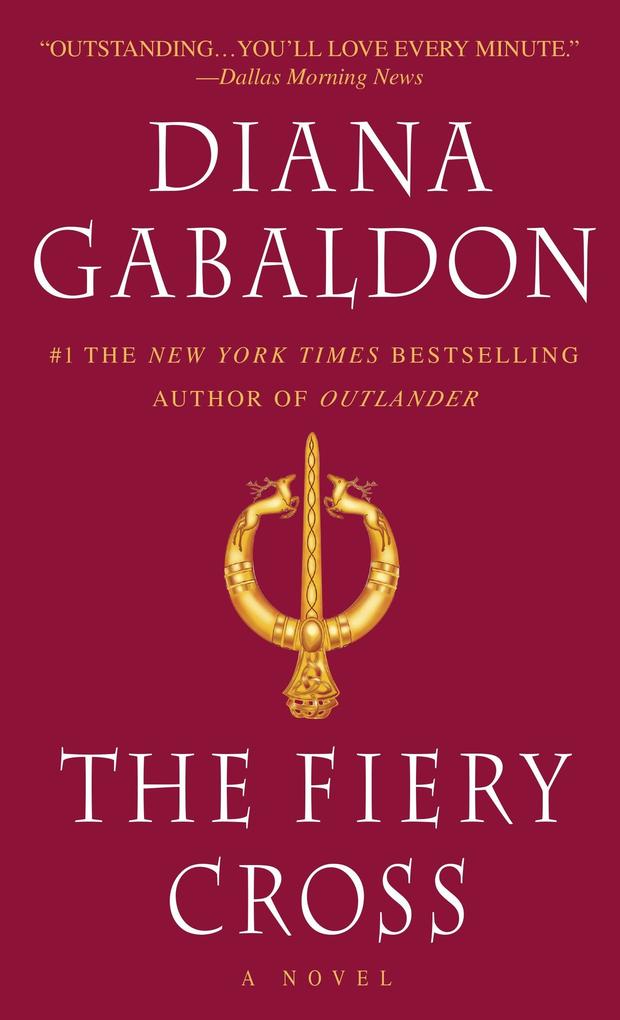 The year is 1771, and war is coming. Jamie Fraser's wife tells him so. Little as he wishes to, he must believe it, for hers is a gift of dreadful prophecy-a time-traveler's certain knowledge.

Born in the year of Our Lord 1918, Claire Randall served England as a nurse on the battlefields of World War II, and in the aftermath of peace found fresh conflicts when she walked through a cleftstone on the Scottish Highlands and found herself an outlander, an English lady in a place where no lady should be, in a time-1743-when the only English in Scotland were the officers and men of King George's army.

Now wife, mother, and surgeon, Claire is still an outlander, out of place, and out of time, but now, by choice, linked by love to her only anchor-Jamie Fraser. Her unique view of the future has brought him both danger and deliverance in the past; her knowledge of the oncoming revolution is a flickering torch that may light his way through the perilous years ahead-or ignite a conflagration that will leave their lives in ashes....

Diana Gabaldon is the #1 New York Times bestselling author of the wildly popular Outlander novels-Outlander, Dragonfly in Amber, Voyager, Drums of Autumn, The Fiery Cross, A Breath of Snow and Ashes (for which she won a Quill Award and the Corine International Book Prize), An Echo in the Bone, and Written in My Own Heart's Blood-as well as a collection of Outlander fiction, Seven Stones to Stand or Fall; the related Lord John Grey books Lord John and the Private Matter, Lord John and the Brotherhood of the Blade, Lord John and the Hand of Devils, and The Scottish Prisoner; two works of nonfiction, The Outlandish Companion, Volumes 1 and 2; the Outlander graphic novel, The Exile; and The Official Outlander Coloring Book. She lives in Scottsdale, Arizona, with her husband.

"Addictive in the extreme."-Toronto Star

"A word-of-mouth cult success and a publishing phenomenon."-Kitchener-Waterloo Record

"Leaving out the history, the time-travel and fantastical subplots, the wit and irony, battles and heroes and villains, what will keep loyal readers and attract new is this fine portrait of two immensely admirable and interesting characters." -London Free Press
Kunden, die diesen Artikel gekauft haben, kauften auch

Taschenbuch
An Echo in the Bone
von Diana Gabaldon