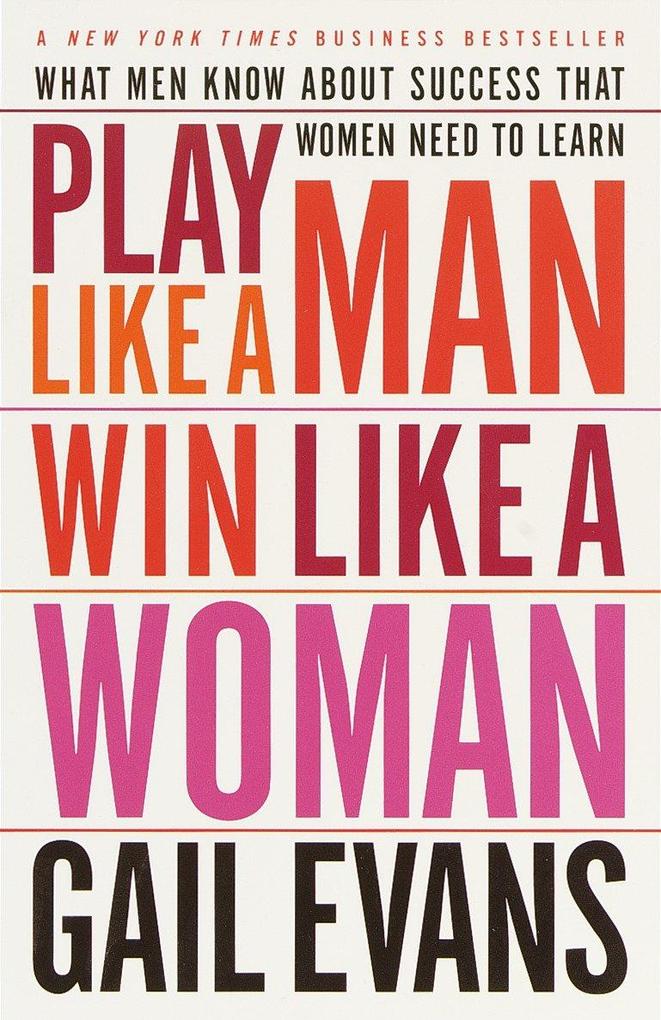 15% Rabatt³ sichern mit Gutscheincode: 15PROZENT
​
An honest and practical handbook that reveals important insights into relationships between men and women and work, Play Like a Man, Win Like a Woman, is a must-read for every woman who wants to leverage her power in the workplace.

What Men Know About Success That Women Need to Learn.
Sprache: Englisch.

An honest and practical handbook that reveals important insights into relationships between men and women and work, Play Like a Man, Win Like a Woman, is a must-read for every woman who wants to leverage her power in the workplace.

A major reason for this? Most women were never taught how to play the game of business.

Throughout her career in the super-competitive, male-dominated media industry, Gail Evans, one of the country's most powerful executives, has met innumerable women who tell her that they feel lost in the workplace, almost as if they were playing a game without knowing the directions. In this book, she reveals the secrets to the playbook of success and teaches women at all levels of the organization--from assistant to vice president--how to play the game of business to their advantage.

Men know the rules because they wrote them, but women often feel shut out of the process because they don't know when to speak up, when to ask for responsibility, what to say at an interview, and a lot of other key moves that can make or break a career. Sharing with humor and candor her years of lessons from corporate life, Gail Evans gives readers practical tools for making the right decisions at work. Among the rules you will learn are:

• How to Keep Score at Work
• When to Take a Risk
• How to Deal with the Imposter Syndrome
• Ten Vocabulary Words That Mean Different Things to Men and Women
• Why Men Can be Ugly, and You Can't
• When to Quit Your Job

An executive vice president at CNN, Gail Evans oversees the network's talk shows (Burden of Proof, CNN & Co, Crossfire, Both Sides with Jesse Jackson, Evans & Novak, Capital Gang, and Talk Back Live), the booking and research department, and recruiting and talent development. Evans's programs have received numerous awards, including a Commendation Award from American Women in Radio and Television; the Breakthrough Award for Women, Men, and Media; and several Emmy nominations. She lives in Atlanta.

"[This] book is perfect for any woman looking for a step-by-step guide to becoming just as ruthless-and successful-as her boss."
--USA Today

"It's...The Rules for women on the corporate ladder, a no-nonsense look at what isn't fair and how to get beyond it."
--Palm Beach Post-Cox News Service

"Gail Evans...has put together a practical, honest, often humorous playbook for career success that every woman (and a few men) should read... Read the book. Learn how to play the game, and win. Men shouldn't be the only ones having fun."
--Press & Sun
Kunden, die diesen Artikel gekauft haben, kauften auch
Schreiben Sie eine Rezension