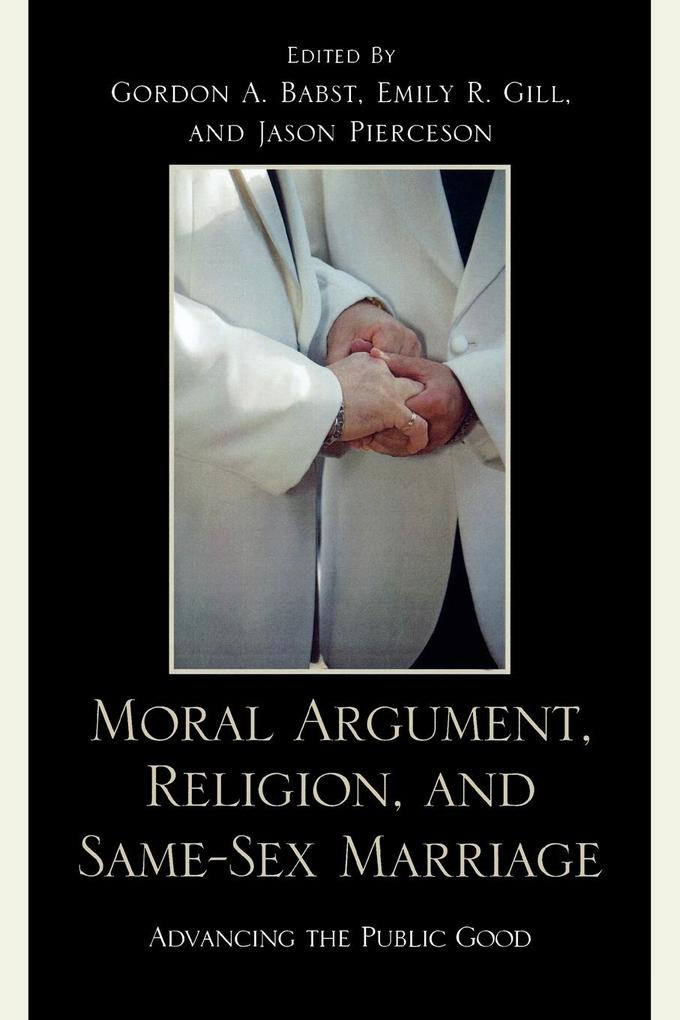 von Gordon A. Babst
Advancing the Public Good. Paperback. Sprache: Englisch.
Taschenbuch
This book engages with opponents of same-sex marriage on their own turf, morals discourse, and demonstrates that legal and political argumentation is on the side of gay rights advocates on this contemporary vexing issue. The diversity of its authors … weiterlesen
Dieser Artikel ist auch verfügbar als:
Geschenk per Mail versenden
Taschenbuch

This book engages with opponents of same-sex marriage on their own turf, morals discourse, and demonstrates that legal and political argumentation is on the side of gay rights advocates on this contemporary vexing issue. The diversity of its authors makes the book suitable for courses in political theory, Constitutional law, American politics, and gay studies.

Gordon A. Babst is associate professor of political science at Chapman University and author ofLiberal Constitutionalism, Marriage, and Sexual Orientation: A Contemporary Case for Dis-Establishment. Emily R. Gill is Caterpillar Professor of Political Science at Bradley University and author of Becoming Free: Autonomy and Diversity in the Liberal Polity. Jason A. Pierceson is associate professor of political studies and legal studies at University of Illinois at Springfield and author of Courts, Liberalism, and Rights: Gay Law and Politics in the United States and Canada.

Traditionally, proponents of gay and lesbian rights have ceded the turf of 'morality' to their opponents and have usually advocated the privatization of moral values. The essays in this fine collection engage social conservatives on their own terms in a variety of ways, and they demonstrate convincingly that recognition of same sex attraction and union can be defended vigorously on moral and ethical grounds. The contributors to this volume show that recognition of the legitimacy of same-sex unions is not simply a matter of morally neutral 'tolerance,' but that such unions can make positive contributions to the public interest. This volume represents an important contribution to political science and to the discourse of practical politics. -- Ted G. Jelen, University of Nevada, Las Vegas Moral Argument, Religion, and Same-Sex Marriage contains timely and provocative essays on a subject rightly taking center stage in national debate. -- H. N. Hirsch, Oberlin College The strength of this book is to assert that American history, law, democracy, and morality is on their side...A good analysis... Takes debates about same-sex marriage into a new direction, looking at how it raises important questions about democratic theory and the way progressives should use moral arguments in defending their views... Recommended. -- D. Schultz CHOICE, June 2010 This important and timely book powerfully shows how and why the contemporary case for gay rights in the United States can and should be made in substantive moral terms, appealing to the values that unite us as a free people under the rule of law. -- David A.J. Richards, New York University