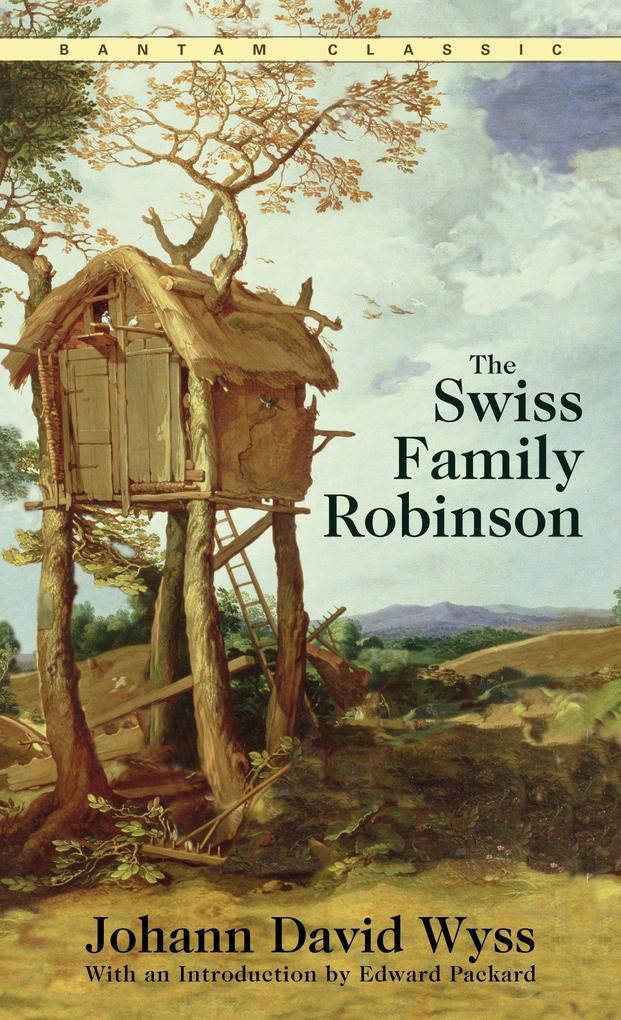 von Johann David Wyss
Empfohlen ab 10 Jahre. Sprache: Englisch.
Taschenbuch
"For many days we had been tempest-tossed...the raging storm increased in fury until on the seventh day all hope was lost.”

From these dire opening lines, a timeless story of adventure begins. One family will emerge alive from this terrible storm: th … weiterlesen

"For many days we had been tempest-tossed...the raging storm increased in fury until on the seventh day all hope was lost.”

From these dire opening lines, a timeless story of adventure begins. One family will emerge alive from this terrible storm: the Robinsons—a Swiss pastor, his wife, and four sons, plus two dogs and a shipload of livestock. Inspired by Daniel Defoe's Robinson Crusoe, this heartwarming tale portrays a family's struggle to create a new life on a strange and fantastic tropical island. There each boy must learn to utilize his own unique nature as their adventures lead to difficult challenges and amazing discoveries, including a puzzling message tied to an albatross's leg. But it is in the ingenuity and authenticity of the family itself, and the natural wonders of this exotic land that have made The Swiss Family Robinson, first published at the beginning of the nineteenth century, one of the most enduring and imitated stories of shipwreck and survival.

Johann David Wyss (1743-1818) was a clergyman in Berne, Switzerland. A former military chaplain, Wyss spoke four languages, loved nature, and was deeply involved in the raising of his four boys, reading to them and taking them on hikes and hunting trips. To teach them moral lessons and entertain them, he read them a story he had written about a family just like theirs (each boy in the story is based on one of Wyss's four sons), who had been shipwrecked on a tropical island. This handwritten manuscript was more than eight hundred pages long and one of his sons, Johann Emmanuel, helped him illustrate it. Years later another son, Johann Rudolf, by then a professor at the Berne Academy, found his fathers manuscript, edited it, and published it in 1812-1813 as The Swiss Family Robinson. The first English translation appeared in 1814, and there have since been nearly two hundred versions of this novel, as well as two films and a television movie.