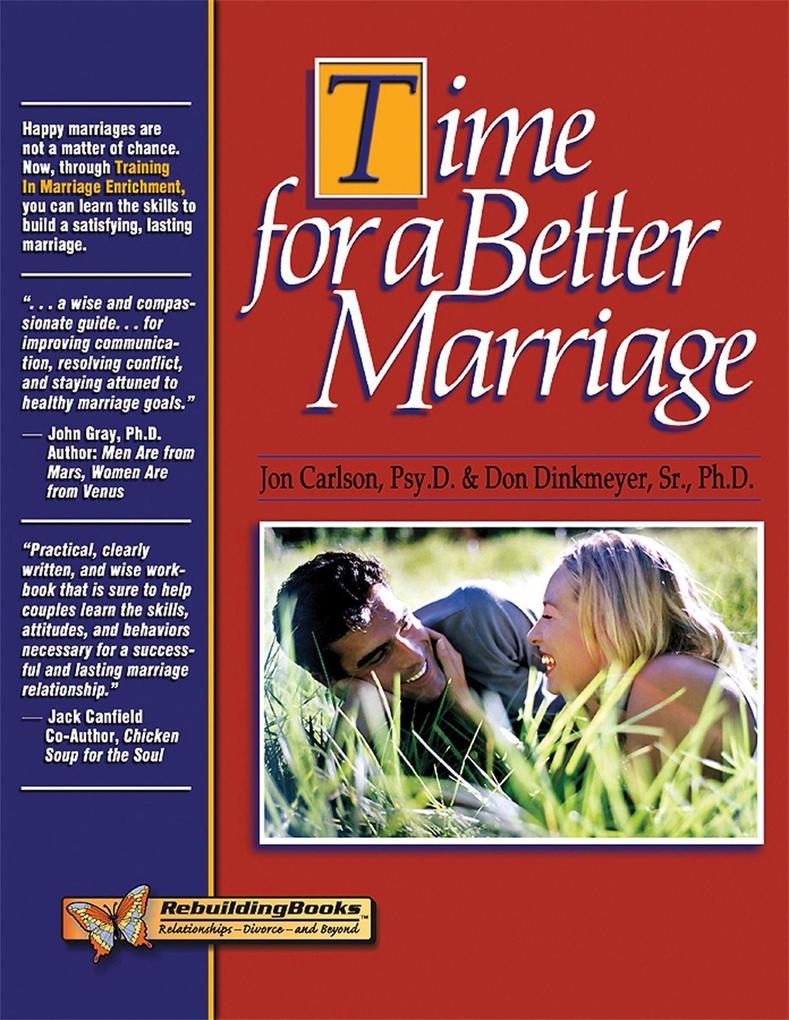 Time for a Better Marriage

The return of a classic! A systematic, practical model for building marriage skills, newly revised and updated. Invaluable tools to help make marriages more rewarding, effective, and satisfying by showing couples how to encourage each other, resolve conflict, communicate effectively, maintain equality in the relationship, and make better choices.

Jon Carlson, PsyD, EdD, ABPP is Distinguished Professor of Adlerian Psychology at Adler University in Chicago and a psychologist at the Wellness Clinic in Lake Geneva, Wisconsin. He was Distinguished Professor of Psychology and Counseling at Governors State University in University Park, Illinois. He holds earned doctorates in both counseling and clinical psychology. Jon has served as editor of several periodicals including the Journal of Individual Psychology and The Family Journal. He holds Diplomates in both Family Psychology and Adlerian Psychology. He has authored 175 journal articles and 60 books including Time for a Better Marriage, Adlerian Therapy, The Mummy at the Dining Room Table, Bad Therapy, The Client Who Changed Me, Moved by the Spirit, Creative Breakthroughs, American Shaman, Duped: Lies and Deception in Psychotherapy, Never Be Lonely Again, Helping Beyond the Fifty Minute Hour, How a Master Therapist Works and Being a Master Therapist. He has created over 300 professional trade video and DVD's with leading professional therapists and educators. In 2004 the American Counseling Association named him a "Living Legend." In 2009 the Division of Psychotherapy of the American Psychological Association (APA) named him "Distinguished Psychologist" for his life contribution to psychotherapy and in 2011 he received the APA Distinguished Career Contribution to Education and Training Award. Recently he syndicated an advice cartoon On The Edge with cartoonist Joe Martin. The cartoon is available in print as well as animated format (www.mrboffo.com) and appears in 350 markets around the world.