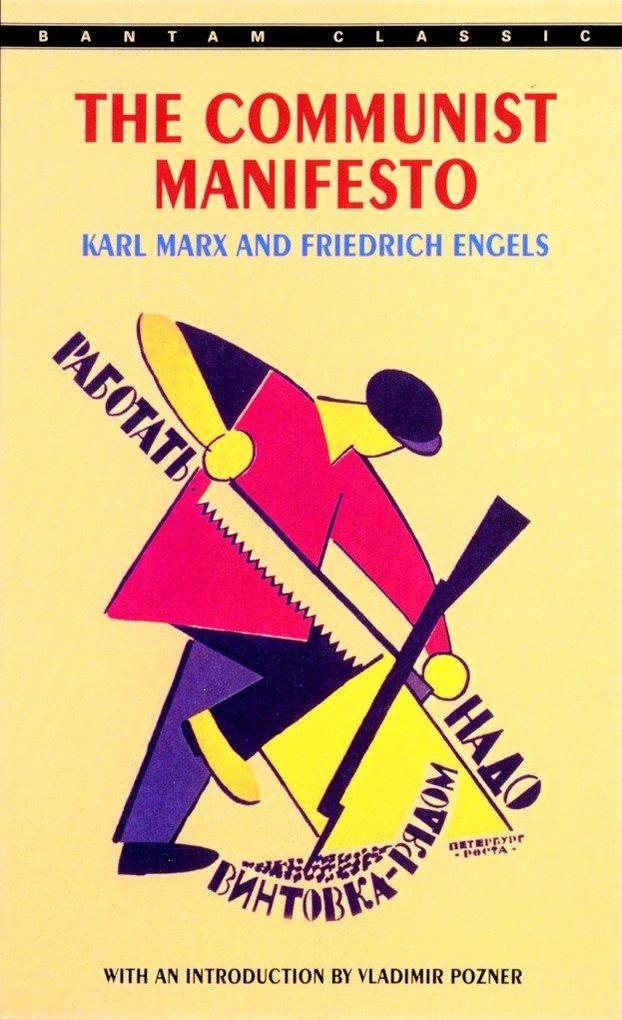 von Karl Marx, Friedrich Engels
Sprache: Englisch.
Taschenbuch
"A spectre is haunting Europe - the spectre of Communism." So begins one of history's most important documents, a work of such magnitude that it has forever changed not only the scope of world politics, but indeed the course of human civilization. Th … weiterlesen
Dieser Artikel ist auch verfügbar als:
Geschenk per Mail versenden
Taschenbuch

"A spectre is haunting Europe - the spectre of Communism." So begins one of history's most important documents, a work of such magnitude that it has forever changed not only the scope of world politics, but indeed the course of human civilization. The Communist Manifesto was written in Friedrich Engels's clear, striking prose and declared the earth-shaking ideas of Karl Marx. Upon publication in 1848, it quickly became the credo of the poor and oppressed who longed for a society "in which the free development of each is the condition for the free development of all."

The Communist Manifesto contains the seeds of Marx's more comprehensive philosophy, which continues to inspire influential economic, political, social, and literary theories. But the Manifesto is most valuable as an historical document, one that led to the greatest political upheaveals of the nineteenth and twentieth centuries and to the establishment of the Communist governments that until recently ruled half the globe.

This Bantam Classic edition of The Communist Manifesto includes Marx and Engels's historic 1872 and 1882 prefaces, and Engels's notes and prefaces to the 1883 and 1888 editions.

KARL MARX (1818-1883) is today considered one of the world's seminal thinkers; although at his death he was, in his own words, "the best hated and most calumniated man of his time." Born in Trier, Prussia, he was descended from a rabbinical family. At the University of Bonn and later at the University of Berlin, he joined a group of radicals who espoused the ideas of Hegel. After emigrating to Paris in 1843 he became deeply committed to communism and the overthrow of tyranny. Here too he began his lifelong association with Friedrich Engels. Finally settling in London with his wife and family, Marx lived the rest of his life in abject poverty while creating his masterwork, Das Kapital, and becoming the leading spirit of revolution throughout the world.

FRIEDRICH ENGELS (1820-1895) is known primarily as the intellectual companion of Karl Marx. The son of a German textile manufacturer, Engels became the collaborator and staunch supporter of Marx before and during the European revolutions of 1848, when together they created The Communist Manifesto. When Engels outlived his friend by twelve years, he dedicated himself to editing Marx's manuscripts and completing the two volumes of Das Kapital left unfinished. A true friend to the end, he willed all his property to Marx's children.