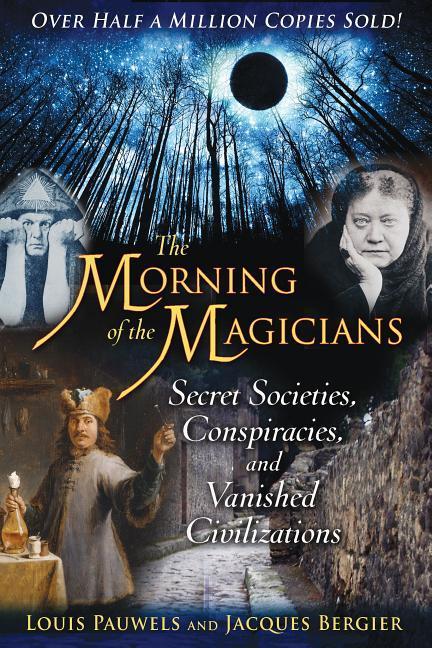 The Morning of the Magicians: Secret Societies, Conspiracies, and Vanished Civilizations

This groundbreaking, international bestseller popularized occultism, alchemy, and paranormal phenomena in the 1960s. It provides insights into our perceptions of reality, telepathy, mutants, and parallel universes, reveals occult influences on the Nazis and introduces the alchemist Fulcanelli.

Louis Pauwels (1920-1997) was a French journalist who founded the magazine "Planete," an outgrowth of this book. Jacques Bergier (1912-1978) was a nuclear physicist and chemical engineer who was active in the French Resistance in World War II and helped destroy the German atomic plant at Peenemunde.

"Pauwels and Bergier employ an engaging writing style, coming across excitable, poetic, and authoritative. "The Morning of the Magicians "is a reference book with a soul, a treasure chest of information that can pay the ransom of modern societies' stagnant mental promises, and lo, it has just been re-released and is now all the easier to find. Enjoy having your mind blown."--Chard Currie, New Dawn, No. 114, May-June 2009