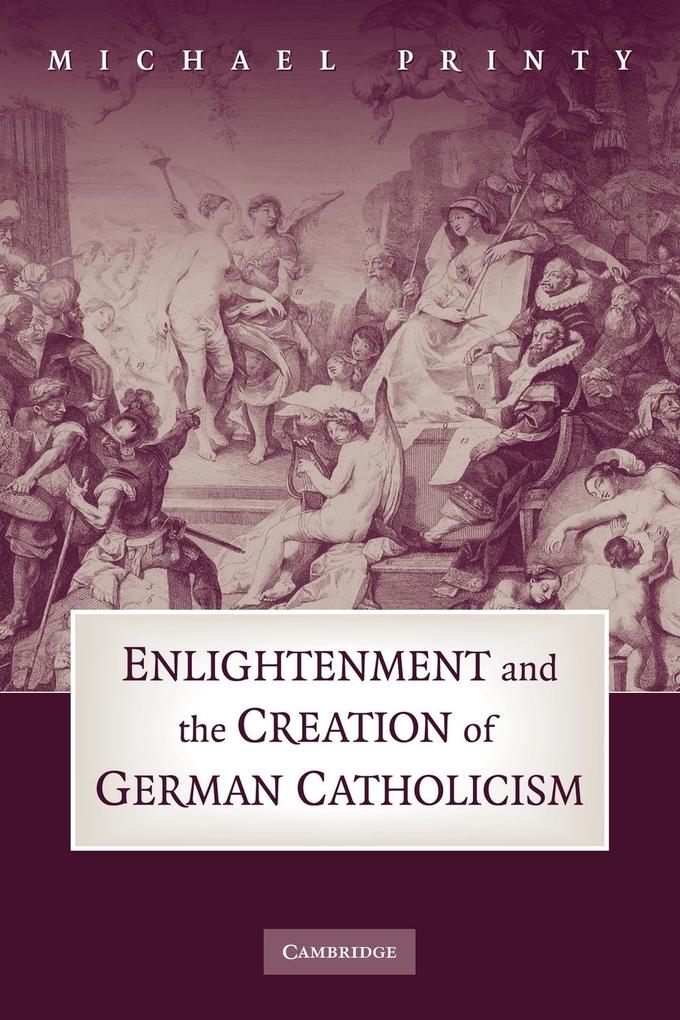 Enlightenment and the Creation of German Catholicism

Review of the hardback: 'A scholarly and thoughtful contribution to an important but neglected topic.' Tim Blanning, University of Cambridge Review of the hardback: "Catholic Enlightenment' is commonly seen as a contradiction in terms, and the unification of Germany as a victory of modernised, Protestant Prussia over archaic, Catholic Austria. In his highly original Enlightenment and the Creation of German Catholicism, based on ground-breaking study of little-known literature, Michael Printy overturns both of these commonplaces. He shows how in the German lands during the late eighteenth century Catholic clergy, lawyers and writers constructed a new rationale for their faith and their Church. They disowned its wealth, political power and obscurantism, associating it instead with many aspects of Enlightened thought and practice such as were to be found in progressive Catholic states. This tendency persisted into the nineteenth century, ensuring that there was Catholic as well as Protestant support for modernising and unifying Germany.' Derek Beales, Sidney Sussex College, Cambridge Review of the hardback: 'Printy demonstrates how important Catholicism and the Catholic Enlightenment was for the development of modern German national identity. This wide-ranging work reinterprets the dramatic remaking of German Catholicism as the old Reich collapsed and a new German nationalism was formed.' Marc Forster, Connecticut College Review of the hardback: 'Lucid, learned, and profoundly revisionist, Printy's book recasts our understanding of the history of German Catholicism. Printy shows that rather than following the Protestants, Catholic intellectuals of the German Enlightenment developed their own path to reform. In tension with Rome, and against the resistance of local hierarchies, this Catholic Enlightenment addressed the great questions of the day, including what it meant to be German. This was a Catholic Enlightenment that was open, serious, and viable, and it was brought down not by its inherent flaws, but by the impact of Napoleonic occupation. In a brilliant work of reconstruction, Printy rescues the achievement of the Catholic Enlightenment in Germany from the weight of subsequent events, which have for too long cast a shadow over it.' Helmut Walser Smith, Vanderbilt University 'Printy has added important substantiation to these efforts, in this, the first comprehensive examination of the subject in English. Part of his contribution in bringing balance to our understanding of the German Enlightenment and German nationalism is resurrecting, clarifying, and interpreting German Catholic writers who had slipped into obscurity ... Printy makes a persuasive case that Catholic intellectuals shared fully in the German Enlightenment and the rethinking of church and state in the late eighteenth century.' The Journal of Church History