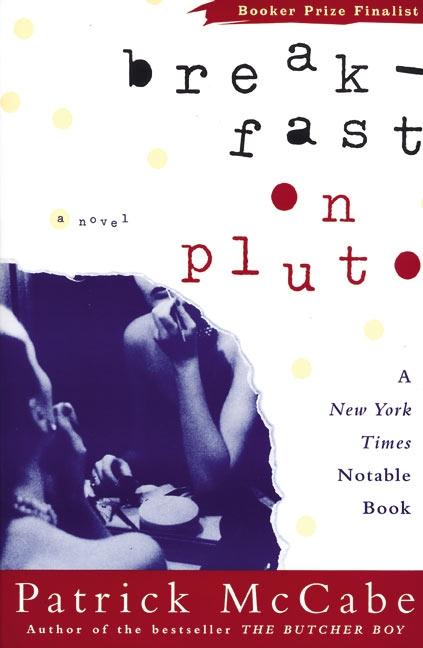 A New York Times Notable Book
"[A] moving, brilliantly told tale. . . full of human comedy and cruelty." — Washington Post Book World
From internationally acclaimed author Patrick McCabe, the Booker Prize-nominated novel that tracks the chaotic life of an abandoned orphan who becomes a transvestite and braves the combustible streets of London in the 1970s.
With wonderful delicacy and subtle insight and intimation, McCabe creates Mr. Patrick "Pussy" Braden, the endearingly hopeful hero(ine) whose gutsy survival and yearning quest for love drive the glimmering, agonizing narrative in which the troubles are a distant and immediate echo and refrain.
Twenty years ago, her ladyship escaped her hometown of Tyreelin, Ireland, fleeing her foster mother Whiskers (prodigious Guinness-guzzler, human chimney) and her mad household, to begin life anew in London. There, in blousy tops and satin miniskirts, she plies her trade, often risking life and limb amongst the flotsam and jetsam that fill the bars of Piccadilly Circus. But suave businessmen and lonely old women are not the only dangers that threaten Pussy. It is the 1970's and fear haunts the streets of London and Belfast as the critical mass of history builds up, and Pussy is inevitably drawn into a maelstrom of violence and tragedy destined to blow her fragile soul asunder.

Patrick McCabe was born in Clones, County Monaghan, Ireland, in 1955. His other novels include The Butcher Boy, The Dead School, and Call Me the Breeze. With director Neil Jordan, he co-wrote the screenplay for the film version of The Butcher Boy.

""Breakfast on Pluto" may be the most successful book yet to be born out of the violence [in Northern Ireland]...Stunning originality."--" New York Times Book Review""Mr. McCabe is the lodestone of new Irish fiction, a writer capable of integrating the history and traditions of his country and its literature with the mad whirl of politics and pop culture." -- "Wall Street Journal""A screamingly funny look at a deadly reality."-- "Atlanta Journal-Constitution""By turns hilarious and pitiably lonely, Patrick ["Pussy" Braden] is an unforgettable hero."-- "Newsweek ""A surreal romp...An unsettling claustrophobic novel in which McCabe imaginatively distills Northern Ireland's public horrors as he compels us to inhabit Patrick Braden's private nightmare." -- "Boston Globe""[A] careening picaresque...antic debauch and sudden terror. Pussy's voice throughout is delightfully unhinged in its match of high camp and the poetic pretensions of the Irish barfly." -- "The New Yorker""An unsparing account of Irish realities. [A] moving, brilliantly told tale...full of human comedy and cruelty."-- "Washington Post Book World""Murderous whimsy...[McCabe] has pierced the heart of blackness with satire."-- "Chicago Sun-Times"