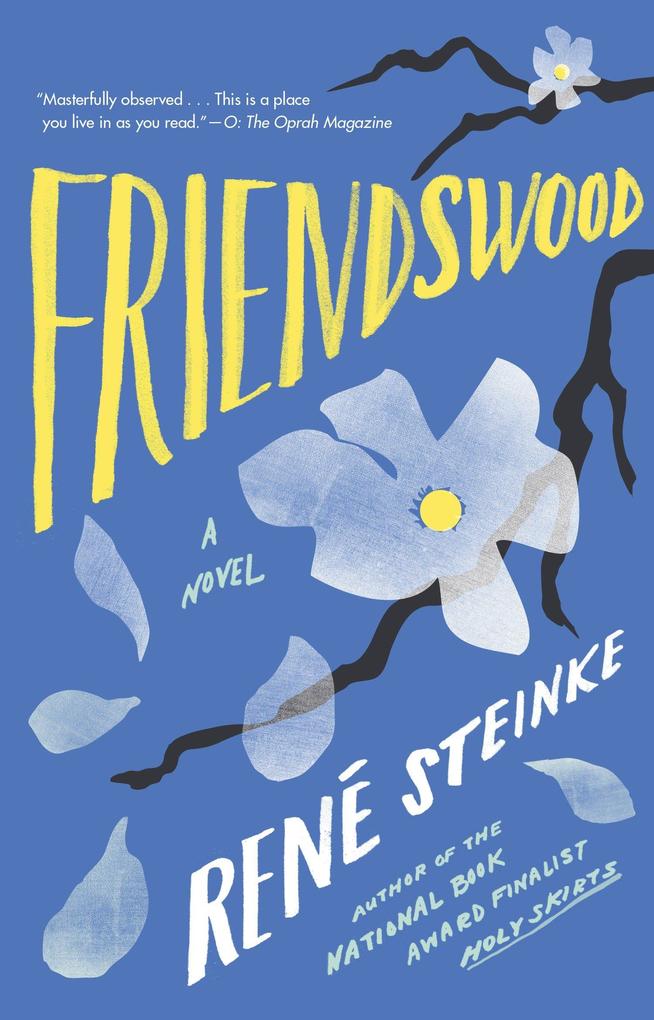 A big, moving, critically acclaimed novel of one tight-knit Texas community and the events that alter its residents' lives forever.

Friendswood, Texas, is a small Gulf Coast town of church suppers, high school football games , oil rigs on the horizon, and hurricane weather. When tragedy rears its head with an industrial leak that kills and sickens residents, it pulls on the common thread that runs through the community, intensifying everything. From a confused fifteen-year-old girl beset by visions, to a high school football star tormented by his actions, to a mother galvanized by the death of her teen daughter, to a morally bankrupt father trying to survive his mistakes, René Steinke explores what happens when families are trapped in the ambiguity of history's missteps-when the actions of a few change the lives and well-being of many.

Driving the narrative powerfully forward is the suspenseful question of the fates of four Friendswood families, and Steinke's striking insight and empathy. Inspired in part by the town where she herself grew up, this layered, propulsive, psychologically complex story brings to vivid life a tight-knit Texas community and the events that alter its residents' lives forever.

René Steinke is the author of the critically acclaimed novels The Fires and Holy Skirts, which was a finalist for the 2005 National Book Award. She is the director of the MFA program in creative writing at Fairleigh Dickinson University. Steinke lives in Brooklyn.

"Masterfully observed . . . The characters' attempts to grapple with the legacy of this destruction form the tender and harrowing heart of the story. . . . This is a place you live in as you read."-O, The Oprah Magazine

"Texas is a huge, complicated state, and it's sometimes a difficult one for authors to get right. Not so for Rene Steinke, whose Friendswood does a near-perfect job capturing the feel not just of the titular city but of southeast Texas as a whole. . . . One of the most interesting novels to be set in the Lone Star State in quite a while."-NPR, Great Reads of 2014

"Friendswood, the lyrical new novel by National Book Award Finalist René Steinke, is the kind of 300-plus-page book that devours you in a couple of afternoons. The prose is nimble but sure-footed, the narrative suspenseful, and the characters universally recognizable-regardless of your familiarity with the small-town Texas paradigm of church, high school football, and a stream of background music from such Southern songwriting eminences as Porter Wagoner, George Jones, and Patsy Cline. . . . Friendswood is a rare blend of beautiful, suspenseful, and seemingly artless prose-you may stay up past bedtime to find out how everything turns out-but also of optimism: hope minus any form of proselytization. Like the country singers who are quietly woven throughout the narrative, shrugging off suffering through song, Friendswood offers an unassuming remedy for the troubles we humans always seem to find ourselves in: love thy neighbor. Simple right? Doesn't hurt to be reminded of it. And it's also one hell of a read."-The Literary Review

"Years after an oil refinery's toxic chemicals have caused death and illness among the residents of a fictional Texas hamlet, the affected families struggle to move on. Then a real estate tycoon lobbies to rebuild homes on the abandoned site, and the neighbors clash over money, justice, and the truth about this mysterious tract of land."-Woman's Day
"The topics in Rene Steinke's new novel, Friendswood may be heavy . . . but you'll relate easily to the characters. . . . Long after you finish the book, you'll still wonder how the people in in are doing."-Redbook

"The big events that rock this Texas community are nothing compared with what happens behind closed doors."-Cosmopolitan

"A sharp, observant novel about the hard realities of challenging the status quo."-Kirkus

"This is a book of rare power, tempered by equally rare grace. Steinke's sense of this small Texas town, with its explosive and interconnected lives and deaths, is absolutely masterful. The reader is pulled into the story immediately, emotionally, morally, completely. What's more, it's a page-turner of the most explosive quality. Steinke torques the plot tighter and tighter, until the suspense is nearly unbearable-yet never loses sight of her character's humanity, nor sacrifices a word of her beautiful prose. This is work by an author operating at the peak of her authority, to be sure."-Elizabeth Gilbert

"A compassionate and compelling novel that explores the points of view of multiple people living in a run-over small town where everyone is as bound to the land around them as they are bound to each other, no matter how much they wish otherwise. The past is never quite past, and the mystery of how it all fits together is very seductive. Steinke gives us a rich and poignant story of human loneliness rendered throug
Kunden, die diesen Artikel gekauft haben, kauften auch
Schreiben Sie eine Rezension