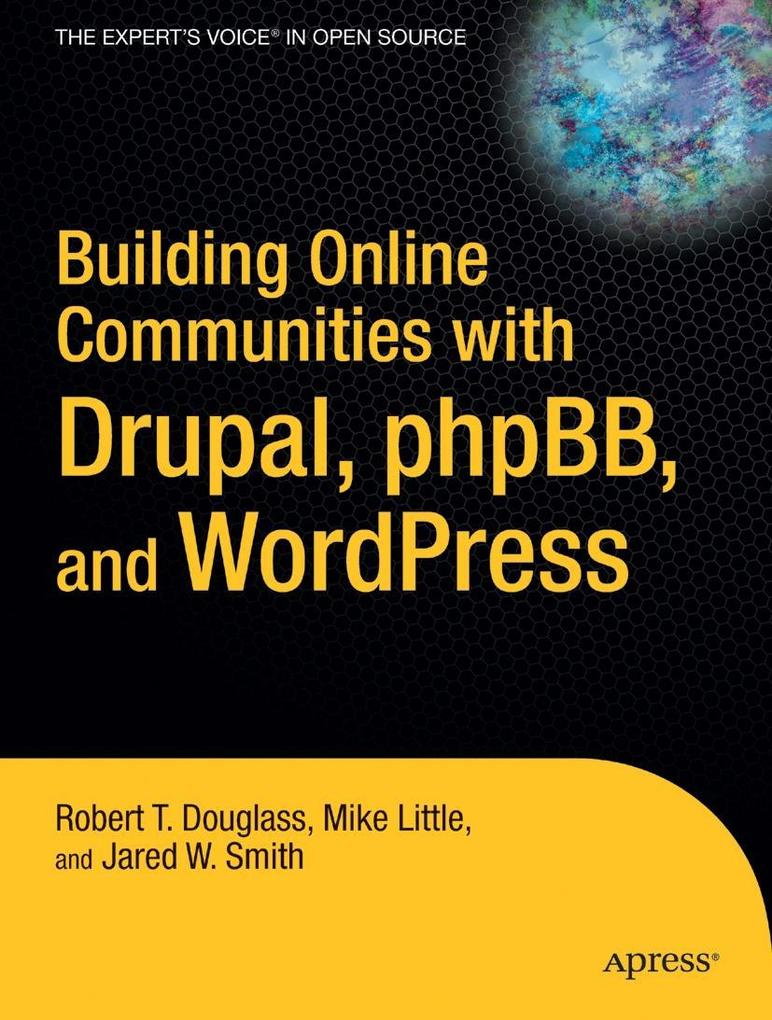 * Content management, blogging, and online forums are among the most significant online trends today, and Drupal, phpBB, and WordPress are three of the most popular open source applications facilitating these tasks.
* The authors have played active roles in project development and community support (Mike Little is actually a Wordpress project co-founder).

* Drupal, phpBB, and WordPress are based on the PHP language and MySQL database server, ensuring the widest possible audience.

Robert T. Douglass - Robert is a very active member of the Drupal community; he regularly submits patches to the core Drupal code and is the maintainer of several modules, including the media and subscription modules. In 2005, due to the growing popularity of Drupal, he became a freelance Drupal consultant and programmer working out of his home in Germany. His most recent project is NowPublic.com, a Drupal-powered site which unites the citizen journalist with the blogosphere. Mike Little - Mike is one of the founders of the WordPress project and is still a contributing developer. He has been programming professionally for 15 years in a variety of languages including PHP, Java, JSP, Perl, and assembler. Jared W. Smith - Jared Smith has several years' worth of experience administering, styling, and modifying the phpBB bulletin board software, and has been designing Web sites in some form for several years before that. He was among the original Support Team members at phpBBHacks.com - the leading distributor of modifications and templates for phpBB - where he now serves in an advisory role