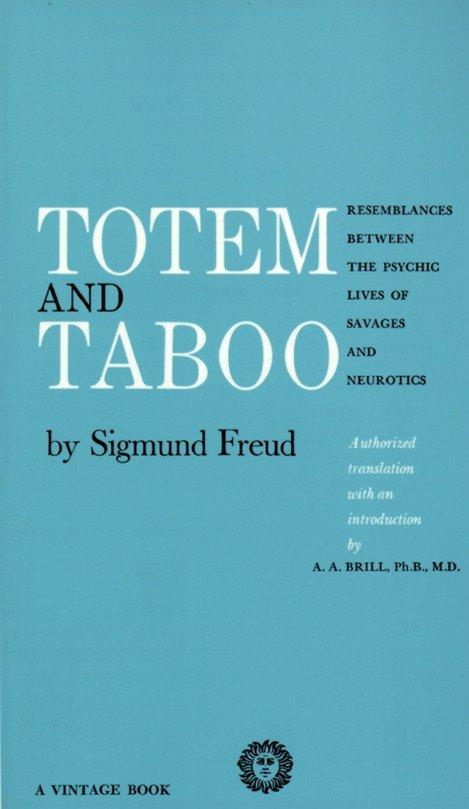 Totem and Taboo: Resemblances Between the Psychic Lives of Savages and Neurotics

12% Rabatt³ sichern mit Gutscheincode: MAI12
​
In this brilliant exploratory attempt (written in 1912-1913) to extend the analysis of the individual psyche to society and culture, Freud laid the lines for much of his later thought, and made a major contribution to the psychology of religion.

Titel: Totem and Taboo: Resemblances Between the Psychic Lives of Savages and Neurotics
Autor/en: Sigmund Freud

In this brilliant exploratory attempt (written in 1912-1913) to extend the analysis of the individual psyche to society and culture, Freud laid the lines for much of his later thought, and made a major contribution to the psychology of religion.

Primitive societies and the individual, he found, mutually illuminate each other, and the psychology of primitive races bears marked resemblances to the psychology of neurotics. Basing his investigations on the findings of the anthropologists, Freud came to the conclusion that totemism and its accompanying restriction of exogamy derive from the savage's dread of incest, and that taboo customs parallel closely the symptoms of compulsion neurosis. The killing of the "primal father" and the consequent sense of guilt are seen as determining events both in the tribal pre-history of mankind, and in the suppressed wishes of individual men.

Both totemism and taboo are thus held to have their roots in the Oedipus complex, which lies at the basis of all neurosis, and, as Freud argues, is also the origin of religion, ethics, society, and art.

Sigmund Freud was born in 1856 in Moravia, Austrian Empire (now the Czech Republic). Between the ages of four and eighty-two his home was in Vienna; in 1938 Hitler's invasion of Austria forced him to seek asylum in London, where he died in the following year.His career began with several years of brilliant work on the anatomy and physiology of the nervous system. He was almost thirty when, after a period of study under Charcot in Paris, his interests first turned to psychology, and another ten years of clinical work in Vienna (at first in collaboration with Breuer, an older colleague) saw the birth of his creation, psychoanalysis. This began simply as a method of treating neurotic patients by investigating their minds, but it quickly grew into an accumulation of knowledge about the workings of the mind in general, whether sick or healthy. Freud was thus able to demonstrate the normal development of the sexual instinct in childhood and, largely on the basis of an examination of dreams, arrived at his fundamental discovery of the unconscious forces that influence our everyday thoughts and actions. Freud's life was uneventful, but his ideas have shaped not only many specialist disciplines, but the whole intellectual climate of the last half century.