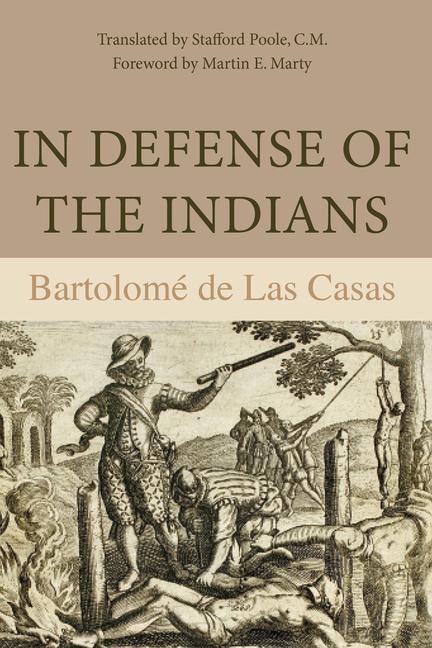 In Defense of the Indians

The Defense of the Most Reverend Lord, Don Fray Bartolomae De Las Casas, of t Order of Preachers, Late Bishop of Chiapa, against the Persecutors and Slanderers of the Peoples of the New World Discover.
illustrations.
Sprache: Englisch.

Bartolome de Las Casas championed the rights of the Indians of Mexico and Central America, disputing a widely held belief that they were beasts to be enslaved. In a dramatic debate in 1550 with Juan Gines de Sepulveda, Las Casas argued vehemently before a royal commission in Valladolid that the native inhabitants should be viewed as fellow human beings, artistically and mechanically adroit, and capable of learning when properly taught. In Defense of the Indians, Las Casas's classic treatise on the humanity of native peoples, had far-reaching implications for the policies adopted by both the Spanish Crown and the Church toward slavery in the New World. This carefully reasoned but emotionally charged defense addresses issues such as the concept of a just war, the relationships between differing races and cultures, the concept of colonialism, and the problem of racism. Written toward the end of an active career as Protector of the Indians, the work stands as a summary of the teaching of Las Casas's life. Available in its entirety for the first time in paperback, with a new foreword by Martin E. Marty, In Defense of the Indians has proved to be an enduring work that speaks with relevance in the twentieth-first century. Skillfully translated from Latin by the Reverend Stafford Poole, it is an eloquent plea for human freedom that will appeal to scholars interested in the founding of the Americas and the development of the New World."

The Reverend Stafford Poole, C.M., is a full-time research historian.

"A superb vindication of an oppressed people.... The message shines through and comes ringing down the centuries."--"New York Review of Books""Time and again Las Casas surprises by his freshness, his boldness, his startling modernity."
--"Journal of Modern History""Poole's commentary does much to clarify obscure points in the text."--"Catholic Historical Review"

Schreiben Sie eine Bewertung für: In Defense of the Indians