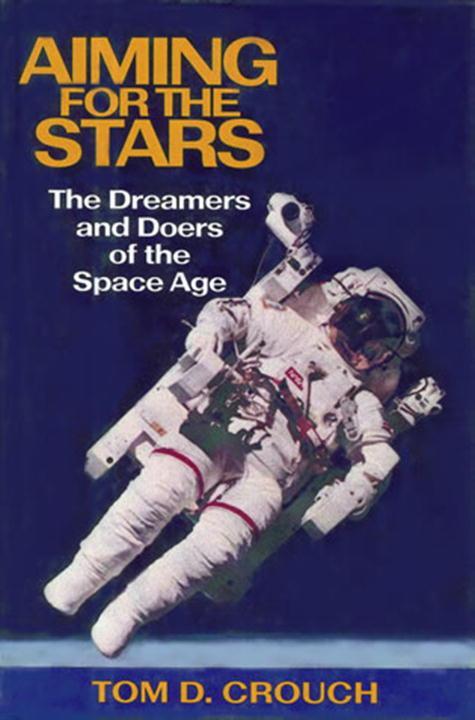 Aiming for the Stars: The Dreamers and Doers of the Space Age

Titel: Aiming for the Stars: The Dreamers and Doers of the Space Age
Autor/en: Tom D. Crouch

Aiming for the Stars explores the motivations, goals, trials, and triumphs of the people who pioneered space exploration from the sixteenth century to the modern era. Tom D. Crouch describes space travel's emergence from the pages of science fiction into the laboratories of twentieth-century rocketeers such as Wernher von Braun, who masterminded Nazi rocket development and later became a key figure in the U.S. space program, and Sergei Korolev, an engineer whose successful launches became the foundation of Soviet Cold War policy. The book also explains the goals and missions of the Mercury, Gemini, and Apollo programs and describes the 1986 Challenge disaster, the spacefaring adventures of astronaut Shannon Lucid, and the fortunes of the Mir space station in the wake of glasnost. Linking individual obsessions and achievements with the political events and social currents that surrounded them, the book offers a wide-ranging view of the attempt to explore the final frontier.

Tom D. Crouch is senior curator of aeronautics at the Smithsonian's National Air and Space Museum and the author of numerous award-winning books on aerospace history.

Aiming for the Stars is much more than an informative guide to the past, present, and future of the space program. It is also an inspiring personal account of the men and women who sacrificed so much for all of us along the pathways to space. If you have only one book on your shelf about space history, make it this one. Even the most avid space-flight junkie will find something new on every page. -- Homer H. Hickam Jr., author of October Sky.

Schreiben Sie eine Bewertung für: Aiming for the Stars: The Dreamers and Doers of the Space Age