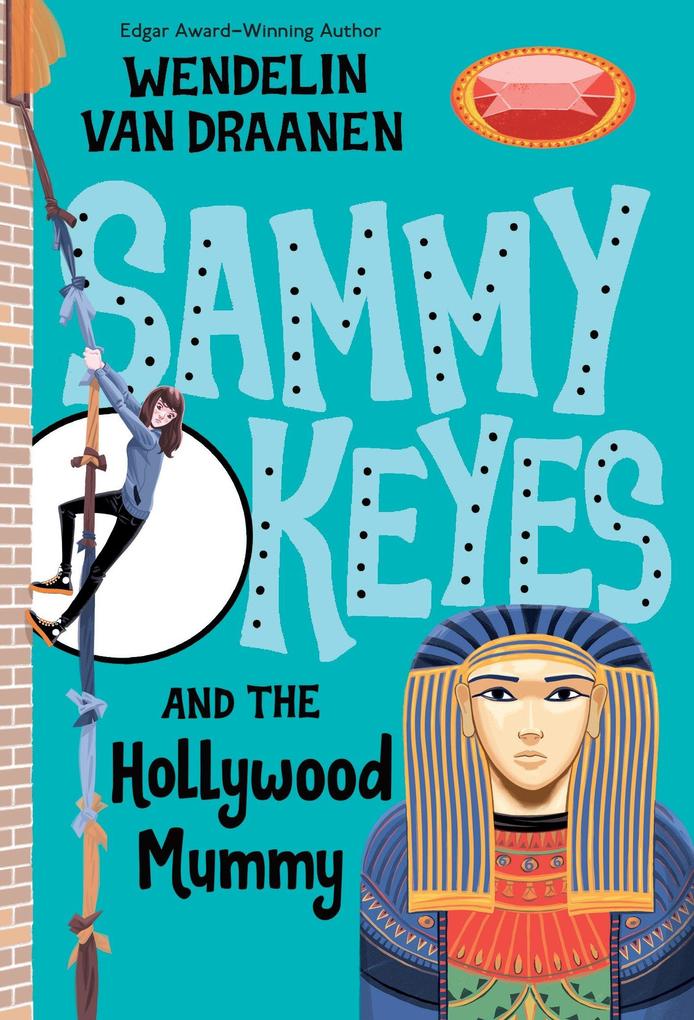 Sammy Keyes and the Hollywood Mummy

When Sammy finds out that her mother has changed her name, dyed her hair, and shaved ten years off her age, she knows it's time for Lady … weiterlesen
Dieses Taschenbuch ist auch verfügbar als:
Geschenk per Mail versenden
Taschenbuch

When Sammy finds out that her mother has changed her name, dyed her hair, and shaved ten years off her age, she knows it's time for Lady Lana to get reacquainted with reality.

Sammy hops a bus to Hollywood and finds her mother in deeper trouble than she imagined. Lana's phony persona is crumbling just as she is being considered for the part of a lifetime. So when one of Lana's competitors for the big role is found dead in the room next door, Sammy can't help wondering: Is her mother the next likely victim . . . or the prime suspect?

The Sammy Keyes mysteries are fast-paced, funny, thoroughly modern, and true whodunits. Each mystery is exciting and dramatic, but it's the drama in Sammy's personal life that keeps readers coming back to see what happens next with her love interest Casey, her soap-star mother, and her mysterious father.

WENDELIN VAN DRAANEN was a classroom teacher for many years before becoming a full-time writer. The books in the Sammy Keyes mystery series have been embraced by critics and readers alike, with Sammy Keyes and the Hotel Thief receiving the Edgar Allan Poe Award for best children's mystery. Wendelin is also the author of many award-winning novels, including Flipped, The Running Dream, Runaway, Confessions of a Serial Kisser, Swear to Howdy, The Secret Life of Lincoln Jones, and Wild Bird. You can find her online at WendelinVanDraanen.com and @WendelinVanD, and you can follow Sammy Keyes on Facebook.