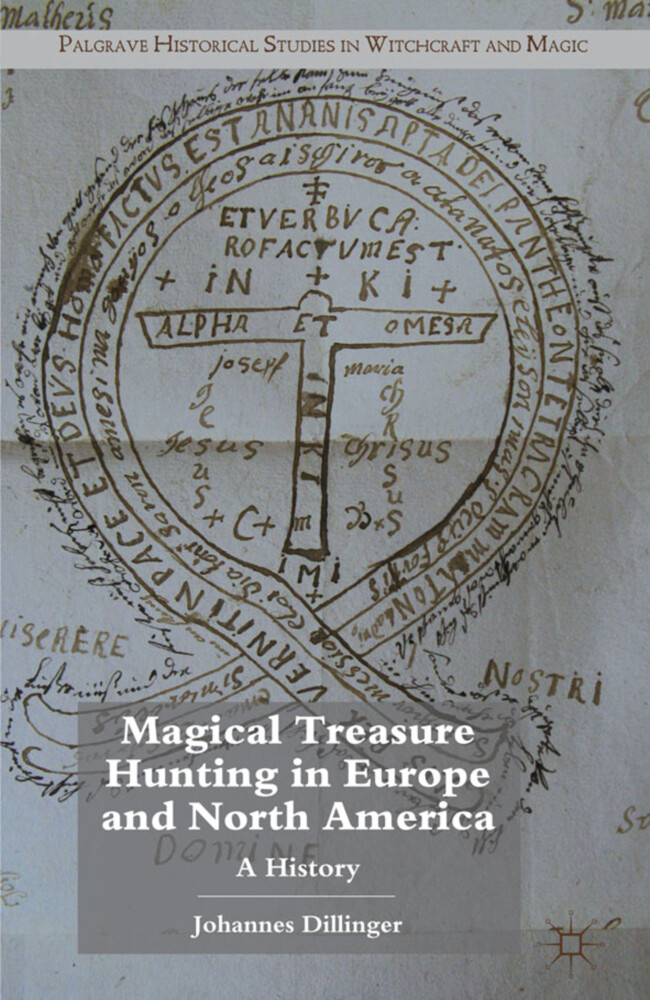 The first comprehensive history of magical treasure hunting from the Middle Ages to the 20th century, revealing a magical universe of treasure spirits, and wizards who tried to deal with them. Combining history and anthropology, this study sees treasure hunting as an expression of shifting economic mentalities and changing ideas about history.

JOHANNES DILLINGER Teaches Early Modern History at the Universities of Mainz, Germany, and Oxford Brookes, UK. He has published extensively on the history of the estates, peasant culture and magic. His work won him a number of prestigious awards and scholarships, among others the Heisenberg Scholarship for outstanding researchers and the Spee Award for major contributions to the history of witchcraft.

'The pursuit of buried treasure was one of the favourite activities of ritual magicians of early modern Europe: indeed in some places and times, such as parts of eighteenth-century Germany, it was the act of magic that most often brought individuals before the law courts. Nonetheless, it has been neglected by historians of early modern Europe, and so the appearance of a full-length treatment of it is both timely and valuable. Johannes Dillinger is a good person for the job. ... a notable contribution ... Johannes Dillinger has neatly filled another portion of the history of European magic.' - Ronald Sutton, Time and Mind

'This is a fascinating and complex book, and although scholarly is very accessible, even just for the remarkable collection of narratives of treasure hunting expeditions.' John Rimmer, The Magonia Review of Books

'...this book should be required reading for anyone interested in the field of early modern magic, with a possible interest to those interested in various aspects of treasure folklore and Renaissance era law.' - Daniel Harms, Papers Falling from an Attic Window

'One of the most ground-shifting books I've ever read The first full treatment of the topic has yielded exciting results.' - Steve Fleming, The Juvenile Instructor

Buch (gebunden)
Cultures of Witchcraft in Europe from the…