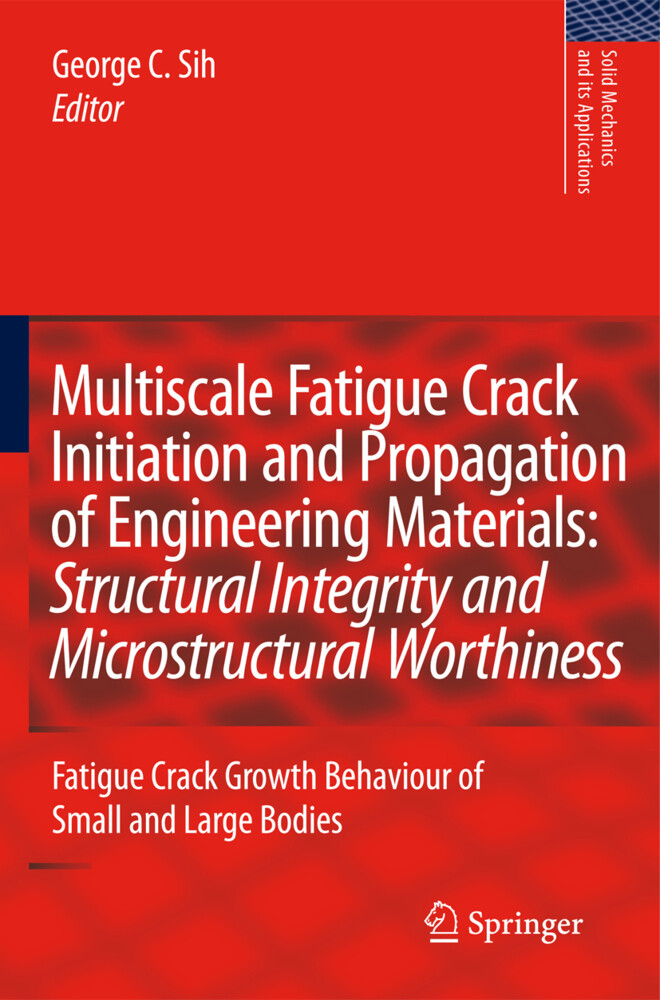 What can be added to the fracture mechanics of metal fatigue that has not already been said since the 1900s? From the view point of the material and structure engineer, there are many aspects of failure by fatigue that are in need of attention, particularly when the size and time of the working components are changed by orders of magnitude from those considered by st traditional means. The 21 century marks an era of technology transition where structures are made larger and devices are made smaller, rendering the method of destructive testing unpractical. While health monitoring entered the field of science and engineering, the practitioners are discovering that the correlation between the signal and the location of interest depends on a priori knowledge of where failure may initiate. This information is not easy to find because the integrity of the physical system will change with time. Required is software that can self-adjust in time according to the monitored data. In this connection, effective application of health monitoring can use a predictive model of fatigue crack growth. Earlier fatigue crack growth models assumed functional dependence on the maximum stress and the size of the pre-existing crack or defect. Various possibilities were examined in the hope that the data could be grouped such that linear interpolation would apply.

Dr. George C. M. Sih Visiting Professor of Mechanical Engineering East China University of Science and Technology, Shanghai 200237, China Visiting Professor of Institute of Mechanics Chinese Academy of Sciences, Beijing 100080, China and Emeritus Professor of Mechanics and Director of the Institute of Fracture and Solid Mechanics Lehigh University, Bethlehem PA 18015, USA
Dr Sih is currently a Visiting Professor in the Department of Mechanical Engineering at the East China University of Science and Technology, Shanghai, China. He is also a Visiting Professor of the Institute of Mechanics at the Chinese Academy of Sciences in Beijing, China. He served as Director of the Institute of Fracture and Solid Mechanics at Lehigh University, Bethlehem PA. USA. Dr Sih received his B. S. at the University of Portland, Oregon, 1953; his M. S. at New York University, 1958; and his Ph.D. at Lehigh University, 1960, all of which are in Mechanical Engineering. Dr. Sih served as Visiting Professor in USA, Europe and Asia. Among the universities are: . Aeronautics at the California Institute of Technology, Pasadena, California, USA 0 Hahnemann Medical College and Hospital of Philadelphia, PA, USA . Mechanical and Aeronautical Engineering at University of Patras, Patras, Greece Dr. Sih has also served as Consultants and Principle Investigators to the following companies and US government agencies:
Administration In his earlier research works, Dr. Sih was involved with the development of high performance and design of materials by making use of the discipline of "Fracture Mechanics". He specializes in computer simulation of the mechanical behavior of structures and the aerodynamic stability of solids moving through fluid media. This includes the transonic-fiutter of airfoils; high speed projectile/target penetration; non-destructive testing methods, etc. His more recent activities are concerned with the theories of nonequilibrium thermomechanics applied to scaling of size, time and temperature effects for nanomaterials. His more recent interest has been involved with the aging of polymeric (and metallic) materials where chemical reactions would alter the structural arrangements of the molecules owing to specimen size, time and temperature effects. Much of his recent publications have been associated with "mesomechanics" in an attempt to understand how hetero-structures due to imperfections at the nano- and meso-scale would affect material behavior at the macroscopic scale. Dr. Sih has organized more than 30 international conferences, published 8 books and more than 380 technical papers. He has memberships to many professional societies in addition to being the recipient of awards from technical societies.
Recent publications: [1] G.C. Sih , Implication of scaling hierarchy associated with nonequilibrium: field and particulate. Prospects ofmesomechanics in the 2Pt century, G.C. Sih and V.E. Panin, eds.. Special issue ofJ. ofTheoretical andApplied Fracture Mechanics, 37,(2002) 335-369. [2] G.C. Sih, B. Liu (2002), Mesofracture mechanics: a necessary link, Prospects of mesomechanics in the 2ft century, G.C. Sih and V.E. Panin, eds., Special issue of of Theoretical and Applied Fracture Mechanics, 37, (2002) 37 1-395. [3] G.C. Sih, A field model interpretation ofcrack initiation and growth behavior in ferrelectric ceramics: change of poling direction and boundary condition, J. of Theoretical and Applied Fracture Mechanics, 38(1) (2002) 1-14. [4] G. C. Sih and E.P. Chen, Dilatational and distortional behavior of cracks in magnetoelectroelastic materials J. of Theoretical and Applied Fracture Mechanics, 39(3), (2003) 1-21. [5] G. C. Sih and S. T. Tu, Why, where and when it becomes necessary to consider chemical reaction effect in mechanics, in: G. C. Sih, S. T. Tu and Z. D. Wang, Fracture Mechanics and Applications: Structural Integrity and Aging, East China Univer. Sci. and Tech., Press (2003) 1-19 [6J G. C. Sih, Crack surface displacement trespassing the Rayleigh wave speed barrier as influenced by velocity and applied stress dependent local zone of restrain, J. of Theoretical and Applied Fracture Mechanics, 41, (2004) 185-231.. [7] G. C. Sih, Survive with the time o'clock of nature, G. C. Sih and LNobile, eds., Tipografia Moderna, Bologna, Italy (2004) 1-17. [8] G. C. Sih, Mathematics needed for the development of mesomechanics: complications associated with singularity, dimensionality and inhomogeneity, G. C. Sih and C. P. Spyropoulos, eds., Eptalefos SA, Athens, Greece (2004) 1-22. [9] G. C. Sih and X. S. Tang, Singularity representation of multiscale damage due to inhomogeneity with mesomechanics consideration, G. C. Sih, T. Kermanidis and Sp. Pantelakis, eds., Sarantidis Publications, Patras, Greece (2004) 1-15.