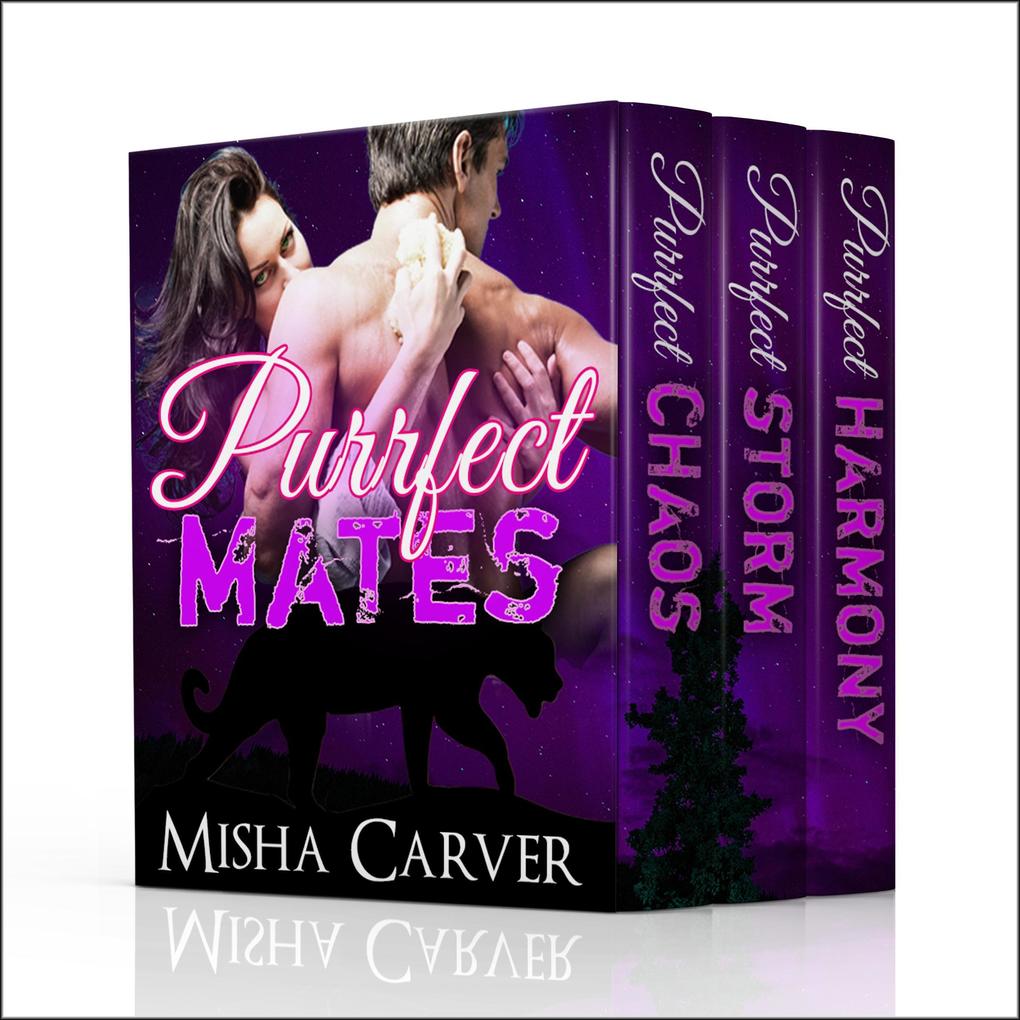 Werecats and Witches … Oh My!

Werecats and Witches … Oh My!

Shrewd billionaire businessman Tom Puma has catapulted Calico Enterprises into the stratosphere of profitability. His wicked thinking and juggernaut personality have propelled him from one challenge to the next without fail. Where most people set goals for themselves, Tom simply wakes up one day and does it, that's just how he is. What most of his competitors and employees don't know is that much of his tenacity and ferociousness is born from the wild. That is, from the wild feline that lives with him. From panther to housecat, Tom has the incredible ability to alter his form at will.

Curvaceous and successful, Jacy is the vice-president of Majestic Enterprises, one of Calico's most powerful competitors. Her father, the owner of Majestic, is also a ruthless adversary of Tom's. So when he all but tells his daughter she must go to work for the enemy, Jacy is anything but thrilled. Like Tom, she's yet to find a challenge she can't handle. Yet for all her trickery and witchery, Jacy finds that perhaps she has met her match with her new boss.

Love blooms, stocks rise, and personalities clash. Will the witch let herself be seduced by the allure of a black cat, or does the chaos reign supreme once more?

Curvaceous Jacy wakes up at shrewd business man Thomas Puma's house angrier than a witch full of hellfire with no memory of the night before. Fortunately for Thomas, he's able to cover his tracks and soothe her anger. Or so he thought.

Determined to save her father's company, Majestic Industries, from what Calico Enterprises has in store, Jacy does what any smart witch would do; she snoops around. Things begin to backfire on her as she discovers more and more information about events she wish she didn't know had happened.

All the secrets, plots, and plans are thrown into disarray when she gets caught red-handed. Fleeing from certain trouble, Jacy finds herself stuck in a situation only a blood-thirsty cougar could save her from.

Will the wild cougar be able to save her from the upheaval that lies in store? Or is the witch doomed to let everything play out on its own?

After Jacy makes a run for it, Tom is left alone to sip tea in her apartment. Until he senses danger that is. Once his panther instincts kick in, he pounces on the scene to rescue the witch that just stole his car. Little does he know, she saw more in her semi-conscious state than he expected, and she's madder than a hellcat.

After being released from the hospital, she springs some surprises on him of her own. Everything is going according to plan until the real world catches up with her, and she has a serious decision to make. One choice will doom Majestic forever, while the other will at least give it a fighting chance, albeit in a capacity that she doesn't like.

All of the lies, conspiracies, and plots come together and reveal themselves once and for all. You never know what's going to happen when a panther and a witch are at a rival of wills.

Will the panther be able to save himself from the upheaval the witch has in store for him? Or will love win out, leaving their homes and workplace in harmony?

Misha Carver has been writing since she was thirteen. Oh how she wishes she could find that handwritten manuscript. Even before that she had an incredible imagination that used to scare not only her friends, but also herself.

Nowadays, she keeps the figments of her imagination hostage to the written word. There's nothing she loves more that writing sexy romances for her readers to enjoy.

Whether paranormal or contemporary, her stories will satisfy your craving for an escape from the everyday world. Take some time out to embark on a fantasy while the alpha male of your dreams sweeps you off your feet.

Misha lives in Ontario, Canada with her children and two cats. Well, actually three, but one belongs to her mother…Misha's just the caretaker.

In her spare time, she loves reading, listening to music, and watching television. Her favorite television show is House MD - come on, who doesn't love Doctor House? Other than that, she enjoys dreaming of the day an alpha billionaire or a handsome shifter will come and whisk her away into another world. Don't worry. If that ever happens, she'll make sure he'll still let her write…